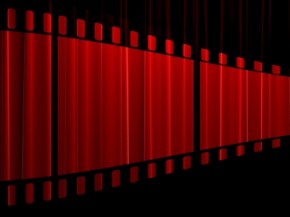 It was a few months ago when I first encountered Zach Galifianakis doing his thing. That thing is acting, acting of the toughest variety, comedic acting.

I had not seen The Hangover, which Zach was in and came out in 2009. When the opportunity came to see The Hangover Part II, I suffered the reluctance that stems from not having seen part one, in a series of movies, prior to seeing the sequel. But there were not many choices at the time I wanted to see a film, so off I went to see part two without having seen part one. But I am glad I did.

The Hangover Part II was an inane adventure taken by a modern day Three Stooges. And Zach Galifianakis, as Alan Garner, was a perfect, subdued 21st century Curly. This was a raucous, laugh out loud film, not suitable for people with tender sensibilities and who are easily offended. Galifianakis provided a convincing performance as a socially awkward, somehow subtle lunatic. Funny stuff.

Zach has some movies in the pipeline. He’s hosted Saturday Night Live and has a satirical interview segment called Between Two Ferns with Zach Galifianakis on funnyordie.com.

Mr. Galifianakis is a funny man. His deadpan inappropriateness reminds me of late comedy great, Andy Kaufman. When I need a good laugh, I’m keeping him in mind as someone who can get the job done.

One Reply to “Zach Galifianakis: Hung-over or in the Midst of Ferns, This Guy is Funny”