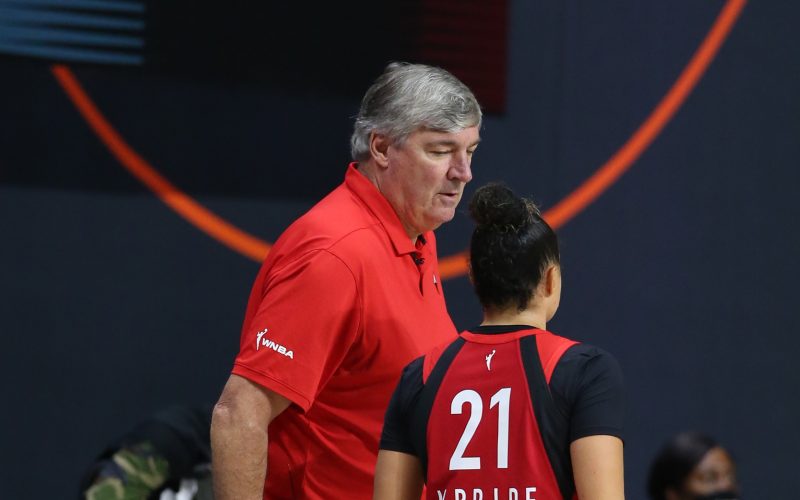 Earlier this week, the Las Vegas Aces finished their season as national runners up. Though losing to the Seattle Storm in the WNBA Finals, the Aces have much to be proud of. In only their third season, they played for a championship.

Starting in July, all of the teams in the league played in what was termed a sports bubble, at the IMG Academy in Bradenton, Florida. After the WNBA Finals ended earlier this week, the Aces returned to Las Vegas for the first time and re-connected with the city.

On Mandalay Bay Resort and Casino’s electronic sign on Thursday, a message was posted saying, “Thank You Aces Fans!”

Last week, we spoke with Aces head coach Bill Laimbeer before the WNBA Finals, on what the coaching experience has been like in Las Vegas, among other topics. You can see that by clicking here.

In only three years, the Aces have become one of the WNBA’s best teams, owing to this year’s league MVP and past CYInterview guest A’ja Wilson [see here] and a cast of talented teammates including Liz Cambage and Kelsey Plum.

Major professional sports have grown in Las Vegas, from none to three teams in three years. The other two teams are the Las Vegas Raiders of the NFL and the Las Vegas Golden Knights of the NHL.

The sports spirit of Las Vegas will continue to grow. CYInterview wishes the Aces an enjoyable offseason. You should be proud of your great season this year!