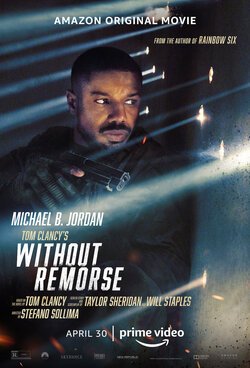 On April 30th, Amazon Prime Video will release a new movie based on the Tom Clancy novel Without Remorse. The film stars A-List Actor and People Magazine’s 2020 Sexiest Man Alive, Michael B. Jordan. In the film, Mr. Jordan plays a Navy Seal looking to avenge his wife’s murder. From there, the plot thickens.

The picture will launch globally on Amazon’s streaming platform. Mr. Jordan is arguably best known to film fans for playing Apollo Creed’s son, Adonis Creed, in the Creed movies. Those films are part of the Rocky franchise. The actor is also a producer on Without Remorse.

We look forward to watching this thriller in April.