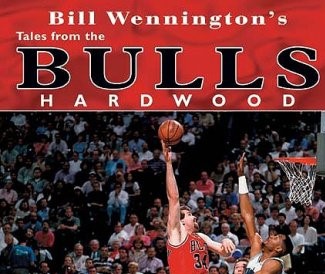 Much of the series focuses on how Michael Jordan became an international and pop culture superstar. Last night in episode six, the focus was on Michael Jordan’s competitive nature, when it came to gambling, including playing cards for money with his teammates.

Back in 2004, Chicago Bulls center Bill Wennington, who played with Michael Jordan and the rest of the 1995, 1996 and 1997 Chicago Bulls NBA Championship teams, told me the same thing about Jordan’s gambling in a discussion while promoting his book at the time Bill Wennington’s Tales From the Bulls Hardwood. This is what he told us:

“Michael doesn’t like to lose at anything. And we liked to play cards to pass the time. And everything’s a competition. When you’re an athlete, you compete. And Michael had a drive in him more so than anyone else. So, you’re playing cards and when Michael had retired, I had, not that I’d taken his spot, but we’d formed a group to play a card game called tonk and we would play.

And then when Michael came back, he joined in the game. Well the first time he was playing with us, I ended up being the big winner. And I think I had won maybe $120. Not a big pot, but it was a significant amount, enough to say that I was the definite winner and Michael did not win that day. Well, he wouldn’t let me play.

He just kind of took control of the table and wouldn’t let me play anymore. Then one day Ron Harper or one of the other players couldn’t make it or wasn’t on the trip. And he called me back, ‘Come on Bill. You can come play with us today.’

He made it a point that I would lose. And I ended up losing almost exactly what I’d won the first time I played. He said, ‘Good. We’re even. You can’t play anymore. Get lost.’ And so he wouldn’t let me play anymore because he just doesn’t like losing to anyone at anything. So, he really strives and takes it personally he when loses.”

Over the last three weeks, The Last Dance on ESPN has become a nostalgic must watch series covering the 1990s superstar era of NBA basketball, when the Chicago Bulls and Michael Jordan were bigger than life. Sports fans are getting an insider’s view of what it was like for those Bulls teams, with Michael Jordan at the helm. It was also a time when fellow superstars Magic Johnson, Isaiah Thomas, Larry Bird, Patrick Ewing, Charles Barkley and many other greats were part of professional basketball.

You can listen to that conversation from 2004 with Chicago Bills center Bill Wennington on other Michael Jordan and Chicago Bulls stories below: