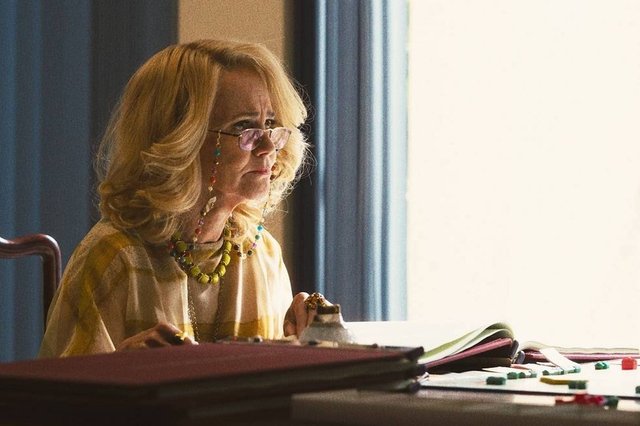 In last night’s episode of Winning Time: The Rise of the Lakers Dynasty, on HBO and HBO Max, Oscar winning actress Sally Field’s portrayal of a slowly dying Jessie Buss was one of the main storylines.

Jessie Buss was the mother of Los Angeles Lakers owner Jerry Buss. Sally Field’s portrayal of Ms. Buss was well done. That comes as no surprise as she is one of Hollywood’s great stars.

At the end of the episode, Jessie, who is in the hospital, is taken off life support as her son Jerry watches the Los Angeles Lakers reach the NBA Finals on television.

The season finale of Winning Time is next week. It will showcase Kareem Abdul-Jabbar and Magic Johnson’s quest for an NBA Championship.