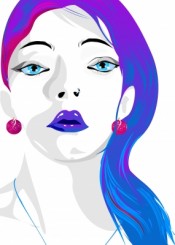 Over the years I have heard or read the name Janice Dickinson. The first time I remember hearing her name was a few years ago. I think – I’m not sure – that I saw her name on a tabloid-type website. I don’t remember if I viewed her picture at the same time. After initially reading about Ms. Dickinson, I would occasionally see a small item about her online somewhere. Usually, the piece was something that struck me as unflattering or meant to provoke controversy.

For example, the late Ed McMahon, whose work I always appreciated on Johnny Carson’s The Tonight Show, ran into money troubles late in life. His money troubles may have existed before, but how many of us knew?

He went on Larry King along with his wife to explain how, after so many years on television, he was in dire financial straits. His story captured the spirit of the times. Mr. McMahon it seems had been living beyond his means. He was in a house he could not afford – in the same LA neighborhood as Britney Spears, it was reported.

Anyway, the Ed McMahon story summed up an important aspect of pop culture: Sometimes, the stars we look to as having it all are not as well off as we think. We might actually be in better shape than them in any number of ways.

The McMahon story summed up the economic condition of the time: Plenty of folks were losing their homes, after taking mortgages on properties they could not realistically sustain. Sadly, the drumbeat of foreclosures and short sales continues today.

Ed’s story also summed up politics for me: The politicians, it seemed, paid little attention to the mortgage and affiliated industries and what they were doing, until it was very late in the game. When it came to easy money, individually and as a nation, we were starting to close the barn door after the horse had been running free for hours.

But hey, what does this have to do with Janice Dickinson?

One time, I saw Ms. Dickinson on television for a fleeting moment; apparently she had a show. Something about a modeling agency. Maybe she still has a show; who can keep up. I also read that Janice claimed to be the first supermodel. Hmmm, I remember models like Twiggy, Lauren Hutton, Cheryl Tiegs, Christie Brinkley, Claudia Schiffer, Naomi Campbell – Naomi turns 41 on May 22nd, a day after the world will not have begun to end, by the way – etc. from back in the day.

I don’t recall hearing about Ms. Dickson as being a supermodel when those women were walking the catwalk. Perhaps, I just have a bad memory.

Looking at Janice Dickinson’s filmography on IMDB.com, I can see she was on a television program called I’m a Celebrity, Get Me Out of Here! NOW! Apparently, she was/is also on a show called Celebrity Rehab with Dr. Drew. I don’t remember ever having watched either show, but I do wonder what their definition of celebrity is.

Now, news reports are circulating that Ms. Dickinson was at a Southampton, New York restaurant and lost two temporary teeth while there. For those of you who may have suddenly become worried reading this, there is good news. Reportedly, she found her temporaries while at the eatery. I am sure we are all breathing a collective sigh of relief [sarcasm ends here.]

What does this story teach us? Here are the lessons I’ve taken away:

1.) If enough media outlets deem someone a celebrity, then much of society begins to accept them as celebrities. Does this matter? Well, it certainly matters to the “celebrity” in question. Having that status granted them can mean some pretty good opportunities.

2.) With unemployment still running high, becoming a celebrity, if you can, might lead to some jobs.

3.) In today’s society, celebrity comes less from what an individual does or can do and more from simply getting people to look at them.

4.) The world of pop culture is so large and I am so small.