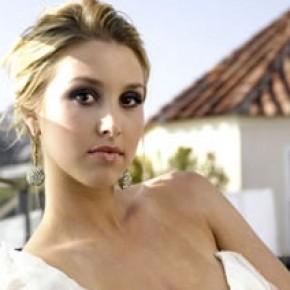 You could say Whitney Port has lived a quieter public life than her friend Lauren Conrad, but it doesn’t mean she hasn’t been along for the crazy ride. In the popular MTV show The Hills you will constantly see scenes where she is working hard to be the best she can be, but also listening to what’s going on in the lives of the people around her. She considers herself a normal girl and never expected to have her life featured on a high rated TV show. Though it’s obvious Port has taken advantage of her fame, she has a new fashion line coming out this August. You will also see The Hills girl for ten more new episodes on tap starting this week, but it seems Whitney’s life will be the same once it is all said and done.

Listen to the Whitney Port CYInterview:

Chris Yandek: How has The Hills changed your day-to-day life?

Whitney Port: “Just in terms of careers. I never thought I would be doing something with television. It changes just in the fact that you walk outside and watch your step and not trust too willingly. Other than that I have stayed true to myself, kept my old friends, and the whole good deal.”

CY: You definitely have kept your personal and private life off camera. What was the main reason?

WP: “The main reason is just those things like dating, family, and friends are just so valuable to me and I didn’t want to put any strain on any of those relationships and you can see how the cameras around people can make people a little bit loopy. I didn’t want to bring that into my life.”

CY: Maybe the fact is you just wanted to show who you were professionally and be a good role model for young girls who are watching you on television?

CY: Season four is going to start with your and Lauren’s trip to Paris. What should the fans expect?

WP: “The fans should just expect us working our little butts of in Paris. There is a special event that we are able to work at and we had to have a couple nights of fun, but other than that we just work really…really hard. You get to see the glamorous lifestyle of all these Parisian debutantes. It’s pretty fun.”

CY: What are we going to see from you this season?

WP: “Definitely new job opportunities. Other than that we’ve filmed, but I haven’t seen the season. I am not quite sure what they are going to show.”

CY: Many people wonder is the show real? Is the show fake? Is it scripted? How does this all make you feel?

WP: “I don’t really let it affect me too deeply in the end because it’s only a television show. It’s not scripted. I’ve never been handed a script. Things happen in our lives and they want us to analyze it and talk about it, but the friendships are all real and the drama is all real. It’s pretty much all I can say about that.”

CY: How would you define how real the show really is then?

CY: I know there were a lot of rumors and I am gonna let you clear this up for me, but can you explain the real reason why you and Lauren departed from Teen Vogue?

WP: “I think we just got to the point with them where we weren’t really – they didn’t really need us anymore to be honest. I think that the help that we were giving them kind of ran out. I think we had done enough in the magazine world that we wanted to try something new and interesting. We parted ways on a total amicable basis.”

CY: Was it hard for you?

WP: “It was hard. It was sad. Lauren and I had a lot of fun there. We got to do some great…great things, but changes are always hard, but beginnings are always exciting too.”

CY: Have you found a new job yet? I know you’re starting your own fashion line.

WP: “Well, that’s my own personal thing. In terms of my job on the show, we have found new jobs and you will be able to see that on this upcoming season.”

CY: Do you feel you’re in a better place now with that new position?

WP: “I don’t know if I would say better. I really love my job, but been at it too little to actually tell. I’m definitely given a lot more responsibility and trust with this new job. Probably because I have previous training.”

CY: Is this going to be the end of The Hills or have you found out yet?

WP: “I think we should be expecting more as far as I know. I am not 100 percent sure. When it comes down to it it’s not my decision. It’s based on all you guys who watch it and keep us going.”

CY: Lauren has definitely had some interesting things to deal with on camera and off camera. You have been there through many of those things. What’s it like being there for her and being Lauren’s friend?

WP: “It’s like being a friend to anybody else. We all go through problems. No one’s is more important than the next. Just because Lauren’s is magnified because of her status doesn’t mean it’s more worthy of time than anybody else’s. It’s been great getting to know each other and being able to be there for each other and going through similar things. It has been a really great friendship and I am glad we work so well together. I think originally – not casting us, but choosing us to work together because maybe we wouldn’t get along so well and we proved them wrong.”

CY: Lauren had some disagreements this past week with US Weekly about a cover talking about taking things out of context. What are your thoughts about it and have you talked to Lauren yet?

WP: “I have talked to her about it. I think basically what some of what she said got taken out of context. Some people watch the trailer and assume things. At the end of the day you can’t really stress out about that stuff. If you know the truth and the people you care about know the truth then that’s all that really matters.”

CY: Since we didn’t really touch on it earlier, tell me about your fashion line.

WP: “Well, basically I designed this clothing line with the party girl, cocktail influence. I wanted to make it a fun, contemporary, going out line. It will be in stores in August.”

CY: Who are you marketing this to would you say?

WP: “I would say I am marketing it to the teenage years up to 40 years old. I don’t know. I think I am not so much marketing it than I am saying if you like it wear it. I don’t think you have to be any age or any demographic. Just purely on a taste level.”

CY: Audrina had a very tough week this past week with some very personal photos of herself being leaked to the press. Were you there for moral support?

WP: “I haven’t spoken to her yet. There really isn’t anything I’d like to say about that.”

CY: Finally, what is something we should know about who Whitney Port really is off of camera?

WP: “I think that who I am off camera is just a family girl. I love just being at home and sitting on the couch and relaxing and turning my brain off. I don’t really know. I think that I am who I am on the show. I am just a listener and I am a people person.”

You can catch new episodes of The Hills Monday at 10:00 PM EST on MTV.

Check out www.hills.mtv.com for everything going on with The Hills.

One Reply to “Whitney Port on Everything The Hills”