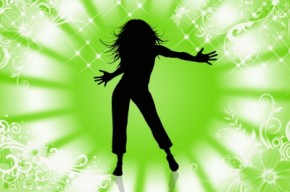 Whitney Houston inspired and uplifted many people around the world with her amazing music. She was one of the great singers and entertainers of the last 30 years.

Though, reportedly, her personal life was engulfed in various personal struggles, Ms. Houston’s music and acting entertained millions. She was an acclaimed artist, with Emmy and Grammy awards among other recognitions.

Some of Ms. Houston’s best songs include I Will Always Love You, I Wanna Dance with Somebody, I Have Nothing and The Greatest Love of All. You can still hear these hits on the radio, anywhere in the world today.

In The Bodyguard, Whitney worked opposite Kevin Costner and played a star stalked by a crazed fan. The film was a blockbuster, grossing over 400 million dollars worldwide. The music for the film, The Bodyguard: Original Soundtrack Album, was the second top selling pop album of the 1990s according to the Billboard charts. It received the Grammy for Album of the Year in 1994.

One of Ms. Houston’s other well known acting roles was in the movie Waiting to Exhale. On the soundtrack for that movie, Ms. Houston sang Count on Me with gospel singer Cece Winans. A song about friendship, it plays at the end of the movie.

In 2010, Ms Winans reflected on working with Whitney Houston on Count on Me in our CYInterview: [see CYInterview in its entirety here]

“Whitney is a dear friend of mine. We had been friends for a while before she asked me to do that song Count on Me and it was produced by Babyface – a producer I wanted to work with. So I got a chance to work with him and Whitney at the same time. We had worked together before, but to actually due a duet with just us, it was a great experience. She’s awesome. She’s still my friend and my sister who I love very much and Count on Me is still a great song that people love to listen to and they’re still playing it. It was really a great experience and great opportunity for me.”

At the time, CeCe also said the following to me about Whitney:

“You know, you hear the voice and the voice yes it’s like none other, it’s incredible, but the person is more incredible than the voice.”

Ms. Winans couldn’t have said it better about who Whitney Houston was.

RIP Whitney Houston. You were one of the greatest of all time and your music will keep inspiring us. You will be missed. And you will always be loved by your fans.