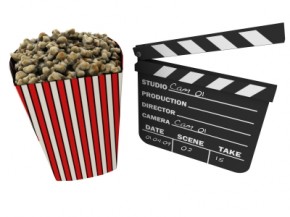 Whitey Bulger, the notorious, alleged Boston crime boss, had been lamming it for the last 16 years or so. Then, last month, the octogenarian and his girlfriend were apprehended in Santa Monica, California. They were flown back to Bean Town, courtesy of the government, where they now face trial.

Mr. Bulger served, purportedly as the inspiration for Jack Nicholson’s role in the Martin Scorcese film, The Departed.

This got me to thinking about some of Director Scorcese’s crime themed offerings and the main bad guys in each of those films. Out of the movies that come to mind, I will mention four:

Casino, set in Las Vegas, also stars Robert De Niro and Joe Pesci. In this movie, however, Pesci holds the main mobster role all to himself. I wouldn’t call De Niro a good guy, but he sits more on the periphery of bad guy-ness.

The Departed has all kinds of big names in the film. As mentioned, there is Jack Nicholson playing what is claimed to be a Whitey Bulger inspired part. Rounding out the cast are such notable actors as Leonardo DiCaprio, Martin Sheen, Alec Baldwin, Matt Damon and Mark Wahlberg – some of them play good guys, albeit of a dubious nature. Ray Winstone, a British actor, is also in the film and turns in a stellar performance as a criminal, tough guy.

Okay. So let’s compare principal villains. I’ll focus on De Niro in Goodfellas, though Pesci turns in an extraordinary performance in that film as well.

For sheer enjoyment, I liked Nicholson in The Departed. Jack has a way of infusing humor into even a dark role. For a virtuoso performance, I look to Day-Lewis. Gangs was a period piece and I thought he captured the role perfectly. He was also able to inject a spirit of dark humor into the role.

Both Nicholson and Day-Lewis seemed to play their roles a little bit big. Their characters had larger than life presence. On the other hand, De Niro in Goodfellas and Pesci in Casino did not seem big so much as they seemed purely bad. Call them badfellas.

They did not seem like the kind of people you would want to break bread with. I didn’t find any humor in the way they portrayed their roles. It made their onscreen presence more menacing. For that reason, I’d say De Niro and Pesci tied for most frightening, though De Niro seemed to bring subtlety to his performance while Pesci was a volcano given to eruption in the Nevadan desert.

Honorable bad guy mention goes to Ray Winstone. The least known actor mentioned, he was cast perfectly opposite Nicolson. While Jack was a bit humorous in his approach, Winstone’s portrayal was painfully serious. Between the two actors, The Departed could have been called Bad and Badder.

After thinking about these films, I’m ready for a comedy. Hmmm, how about The Hangover II.