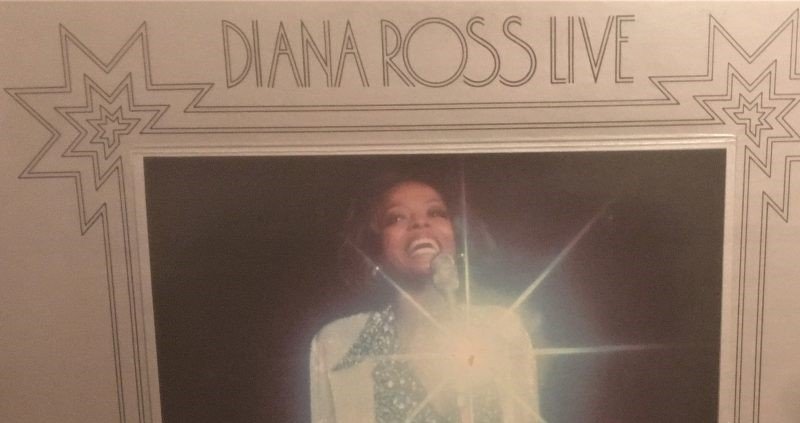 Last week, we reviewed the Tom Jones live concert, vinyl record of his performance in Las Vegas at the Flamingo Hotel and Casino [see here]. Now, we share our thoughts on Miss Diana Ross’s live concert vinyl album at Caesars Palace, here in the Entertainment Capital of the World.

For Diana Ross Live at Caesars Palace, the year was 1974 and the songstress was a now well-known solo artist. Though her Supreme days were behind her, the singer paid tribute to those days, singing a medley of hits including Stop in the Name of Love and I Hear a Symphony.

A fun part of this vinyl is the artist’s sing along with her audience, of the song Reach Out and Touch (Somebody’s Hand). Ms. Ross invites audience members of all ages to take the microphone and sing lyrics from this track.

Diana Ross Live at Caesars Palace, on vinyl, will take you back to the 1970s and a golden age of Las Vegas. The average price of this vinyl record is approximately eight dollars including shipping.

Next week, we will continue our vinyl review series by discussing arguably the most famous live concert album in Las Vegas history, with a performance by the “King of Rock n Roll,” Elvis Presley. Elvis in Person at the International Hotel is iconic for many reasons. Look for that next week.