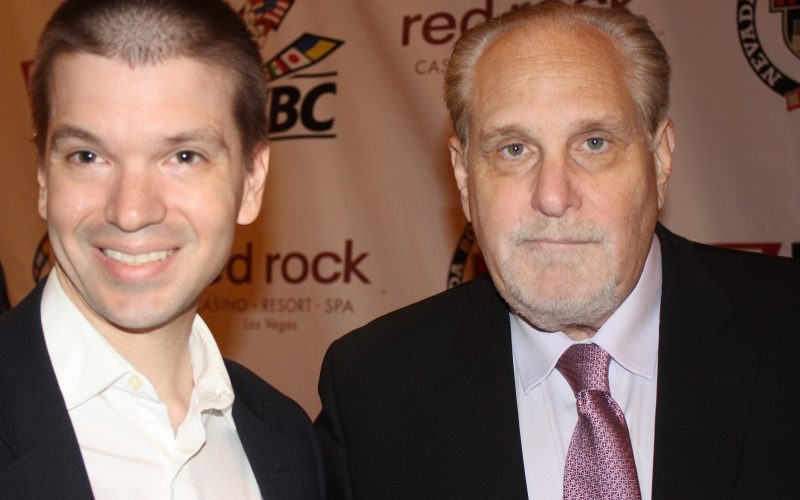 Prior to the event, we spoke with boxing journalist and sports broadcaster Al Bernstein, on the red carpet. He co-hosted the evening’s event with boxing reporter Cynthia Conte. See our photo with Mr. Bernstein above. Known as the voice of boxing for ESPN, and now Showtime Boxing, the commentator gave us his thoughts on the state of the sport telling us:

“I think sometimes that the mainstream just doesn’t tell people about it or they don’t know about it. But now this year, boxing is getting much more visibility. And so, I think the sport is in a position where it’s inching back up, having a renaissance.”

“Bert and I were friends for many years. And Bert was a larger than life personality. I mean, you know, Bert was, he did everything in a grand way. And Bert, it’s interesting that Bert while he was known for boxing, he was also a major baseball and horse racing historian and knew those sports extremely well and wrote many books on that. And he was prolific in terms of what he wrote. And it was just a joke that when you saw Bert, you wondered how many drapes had to die for his outfit. I always keep thinking of the Sound of Music where she makes all the kids outfits out of drapes. That’s what Bert’s pants looked like most of the time. He was colorful. He was a great guy. And he was, you know, an original boxing character.”

You can listen to the entire CYInterview with Al Bernstein below: