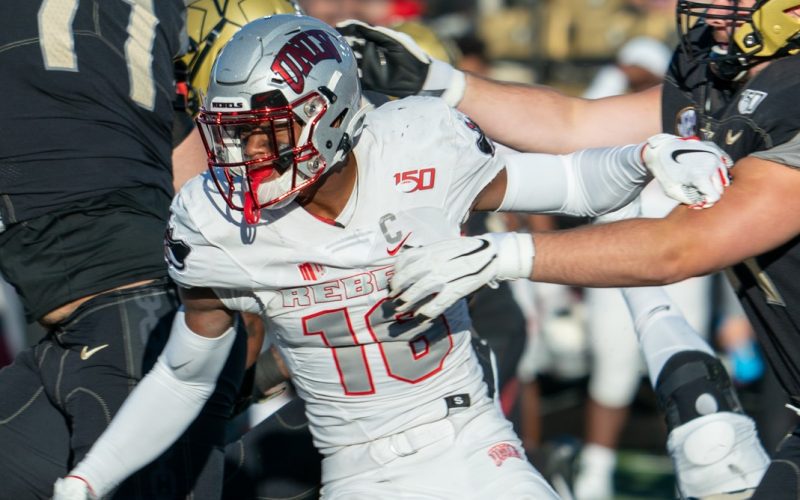 The now NFL rookie signed a free agency contract with the Raiders this past weekend. In a city hit hard by the coronavirus pandemic, seeing one of Las Vegas’s own stay and start his professional football career in the Entertainment Capital of World is inspiring.

The University of Nevada Las Vegas Rebels football player joined us for his second CYInterview, in a week, after becoming a Las Vegas Raider. His trajectory to pro-football is a thing of Hollywood movies. He shared with us the following:

“I was disappointed I didn’t get drafted, but for me to be going to school out here and doing my years here and then just the Vegas Raiders becoming the team I’m gonna play for right now, it’s really a Cinderella story right now. I just gotta go out there and perform.”

Javin says the reaction from the Las Vegas community has already been amazing, since he has become a Las Vegas Raider:

“The love I’m getting for it is truly special. Like, I really, I really appreciate everybody in Vegas. Like, I am really, really, really happy in Vegas to be able to be out here and just really support Vegas in a better way. Now on a different platform level such as the professional level. And I’m excited.”

On what it is going to be like to play for past CYInterview guest, Las Vegas Raiders head football coach Jon Gruden [see here], he told us this:

“Man, it’s gonna be great. You know, I love Jon Gruden. You know, I love when he gets on TV and he’s getting after guys and he’s, intensity’s in his face. Because that’s a passionate dude. You know, Coach [Tony] Sanchez was the same way in certain levels. And you know, I’m excited. You know, I’m a coachable person. So, I’m gonna adapt to it regardless. You know, Jon Gruden gets in my face and tells me to do something better, then he’s not trying to do it to be disrespectful. He’s not trying to do it to be mean. He’s a coach man. He’s trying to get you better because he’s trying to win and I want to win. So, if he needs me to do something better that help me benefit or contribute to the team, I’m gonna do it regardless. So, like I said, I’m enjoying this whole moment and I can’t wait to get out on the field.”

Featured columnist Jay Bildstein discussed with the Raiders Rookie the topics of money, women and other challenges facing young professional athletes and the discipline it takes to stay on course.