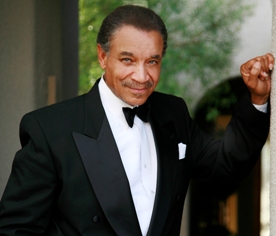 LaMonte McLemore is the founder of the Grammy winning musical group The 5th Dimension. The group rose to fame in the 1960s with classic hits including Up-Up and Away, Stoned Soul Picnic and Aquarius/Let The Sunshine In. Though retired from touring and performing, LaMonte is still working on music today. He hopes his latest song, Cease Fire, will be used in peace marches around the world.

Mr. McLemore, remarkably, is far more than an award winning musician, as if that is not enough. He has had a long and noteworthy career as a photographer. He was also signed to a major league baseball farm team, in his youth.

In photography, Mr. McLemore was one of the individuals who contributed to the early days of African American celebrity media. Along with a partner, he founded a publication called Elegant, featuring rich and famous African Americans. After the magazine folded, he joined with Jet Magazine and for 50 years was the photographer for Jet’s Beauty of the Week feature. The Grammy winner would go on to work with Playboy, Ebony and other publications as well.

Finally, his dream was always to be a baseball player. After signing a minor league contract with the Los Angeles Dodgers, however, he fell out of a car. The accident ended his chance to play in the Major Leagues.

Some of us believe we should focus on one thing in life and be the best at that. LaMonte’s goal was to focus on three things because his grandmother told him that was the way to go. In effect, she laid out a template for him that taught him to have back up plans. His grandmother’s teaching helped him mold his life.

You can read about LaMonte McLemore’s life in his book, From Hobo Flats to the 5th Dimension: A Life Fulfilled in Baseball, Photography and Music. From opening for Frank Sinatra with The 5th Dimension to witnessing the early days of Stevie Wonder and The Supremes, Mr. McLemore has done much and seen much. His book reminds us that there are 24 hours in a day and we can all accomplish a lot, in a variety of areas.

It was his grandmother’s conversation that inspired LaMonte to pick three things to focus on in life. He picked baseball first, photography second and singing as a distant third. Though most people know him as a vocalist for the Grammy winning group The 5th Dimension, Mr. McLemore admits that when he was younger he never gave singing much thought:

“I hated singing almost with a passion. But I had just come off the sidewalk where all the guys were standing on the street light and they were singing and they said, ‘LaMonte, come over, we need a bassist.’ I said, ‘I don’t want to sign.’ ‘All you gotta do is sing bomp, bomp, bomp.’ And the girls were there telling me, ‘Come on LaMonte.’ I got interested and the girls were all cheering and I said, ‘Man, this may be something. So when I got home, I told my grandmother the third thing would be singing.”

The singing paid off. The 5th Dimension would go on to win Grammys and open up for Frank Sinatra. This is LaMonte’s favorite story about Ol’ Blue Eyes:

“One of my greatest memories is when Sinatra came up to me and asked me for an autograph. My mouth hung down. It was for his kids or somebody. And then I said, ‘Well, sure.’ I could not believe that. I’ve never forgotten that. But he loved the 5th Dimension and we were the only group he ever took on the road to London, Holland, Spain, we did two of his retirement parties and we were just great friends.”

Today, LaMonte is still working on music even though he no longer performs live. He wrote a song called Cease Fire.

“Do something for mankind if you can. That’s what I’ve been trying to do man. I wrote a song called Cease Fire man which I hope the whole world will get a chance to see. But you’ve heard of the Million Mans March [sic] [Million Man March] and the Million Woman’s March. Well, with this song when you see it, it gave me inspiration to, I’m gonna try and I’m working on it right now for being in people’s peace march all over the world and so I want everybody to see this song.”

You can purchase a copy and find more information about LaMonte McLemore’s book From Hobo Flats to the 5th Dimension: A Life Fulfilled in Baseball, Photography and Music here

One Reply to “Up, Up and Away: The 5th Dimension Founder, LaMonte McLemore, Talks His Life and His Book, From Hobo Flats to the 5th Dimension: A Life Fulfilled in Baseball, Photography and Music”