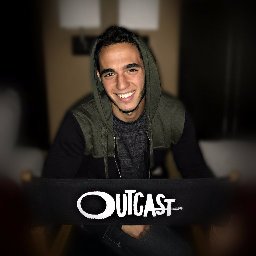 He may only be 20 years old, but Mario Temes has already gotten to experience some of the heady heights of the acting world. Early this year, the American actor, of Cuban descent, had a recurring role on the NBC primetime TV show Game of Silence. He also just wrapped up a role in the Cinemax series Outcast, airing in 2017.

With his father being a performer as well, it was Mario’s desire to be in the entertainment business. A few months back, Mario reached out to us here, at CYInterview, telling us he wanted to inform our audience about who he is and what he hopes to accomplish as an actor. We decided to take him up on his offer.

It will be interesting to see where his acting career takes him. Mr. Temes is ready to take on all the challenges that might come his way, in the demanding craft of acting.

On what he has learned in his acting career so far, Mario Temes shared this with us:

“It’s a tough business man. It’s very competitive. There’s a lot of competition, but it’s one that’s really rewarding. And I mean literally, all the times of being a struggling artist, having no money, having to travel with a little money in your pocket and everything makes it so worth it when you hear action on set.”

Earlier this year, Mario got his chance to have his first recurring role, on the NBC primetime TV show Game of Silence. He tells us what that meant to him and his career:

“Working on Game of Silence, it was a whole different experience. You know, I was able to get my first TV interview off it. I was able to really interact with the cast and be with them for more than just a day, you know, which I would usually do with a co-starring role where I just had a day on set or something. I got to experience the set life for more than a day and that was really nice.”

With his upcoming role in the Cinemax TV show Outcast in 2017 and another upcoming project he cannot speak about yet, Mario Temes is continuing to make progress as a working actor. On what he wants casting directors, producers and others to know about why they should consider working with him, he said this:

“I want them to know me as an actor that’s literally willing to do whatever it takes to get the job done in the director’s eyes and mainly and most importantly in the writer’s eyes as well. ‘Cause I want to be able to take a character from a script and the way the writer really wrote it in his mind and be able to do whatever it takes to make that character come to life. Literally I’m willing to step outside of any boundaries that it takes to get exactly what they envision.”