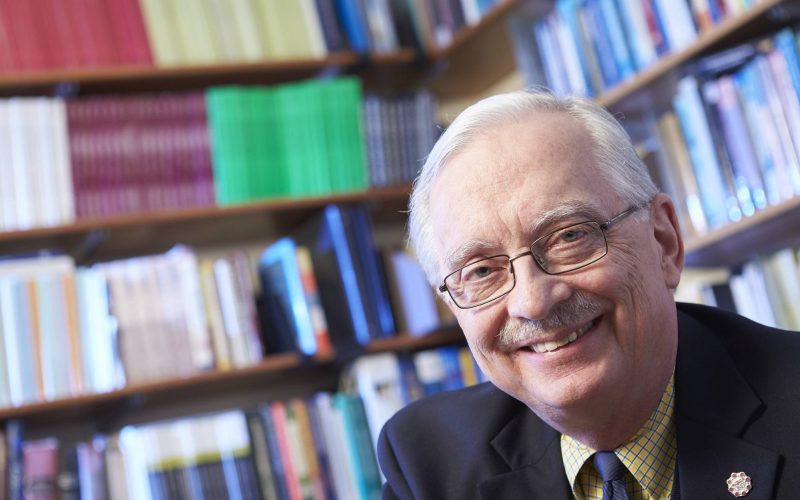 Two times a year, the Center for Business and Economic Research at the University of Nevada Las Vegas (UNLV) puts out at a report on the economies of Las Vegas, the State of Nevada and the United States. The next get together for the college organization is on December 3rd 2019 at The M-Resort Spa Casino in Las Vegas. UNLV partners with The Las Vegas Global Economic Alliance for this event. You can find more information about it clicking here.

UNLV Economics Professor Stephen Miller, the Director for the Center for Business and Economic Research, joined us recently along with featured columnist Jay Bildstein for an important discussion. A variety of topics were covered, including the United States economy’s future, the city of Las Vegas’s economy, negative interest rates, the government debt and deficit and a lookback at the Great Recession, among other topics.

A topic in the national media, in recent months, has been when the next recession might occur and if it would happen before the 2020 Presidential Elections. Professor Stephen Miller says the Center for Business and Economic Research’s point of view right now is:

“Our current best guess is that it’s not going to happen in the next year, probably not to year after that. But, because the signals are, have been very strong about the economy, we’re starting to see a few sort of negative or marginal signals that suggest that the economy’s probably going to slow down and that’s our forecast over the next two years that the national and local economies will slow down, but not necessarily dip into recession.”

On the state of the national economy and the government resolving a future economic crisis, Professor Miller said this:

“Relying on government may be a fool’s errand.”

On the United States economy compared to other parts of the world, the professor offered this:

“I think we are in a better situation than the EU and other countries that have negative, the negative interest rates to me is not a positive sign. It’s a negative sign.”

The Great Recession from 2007 to 2009 caused a very challenging time for the city of Las Vegas. The professor tells us his thoughts on what might happen to Las Vegas when the next recession occurs:

“Probably for a normal recession, we would not be hurt too badly. But if we had another financial crisis and fortunately the financial crisis don’t occur as frequently as recessions, then if the visitors don’t come to Southern Nevada, we have a problem.”

You can find more at about UNLV’s Center for Business and Economic Research clicking here.