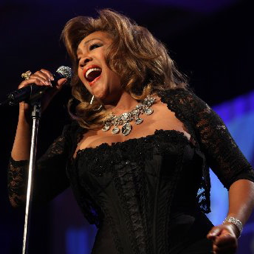 Tomorrow, a posthumous digital album from the late, great Mary Wilson will be released. Through Universal Motown, Mary Wilson: Expanded Edition revisits music from her 1970s solo album with additional new tracks. It will include some songs of the disco genre.

A CD version of the new album is expected in the future. For now, fans of Mary Wilson and The Supremes will be able to download Mary Wilson: Expanded Edition on a variety of digital music platforms.

The Supreme and past CYInterview guest [see here] tragically passed away back on February 8th. For many years, she was a resident Henderson, which is part of the Las Vegas metropolitan area.

RIP Mary Wilson, may you long be remembered.