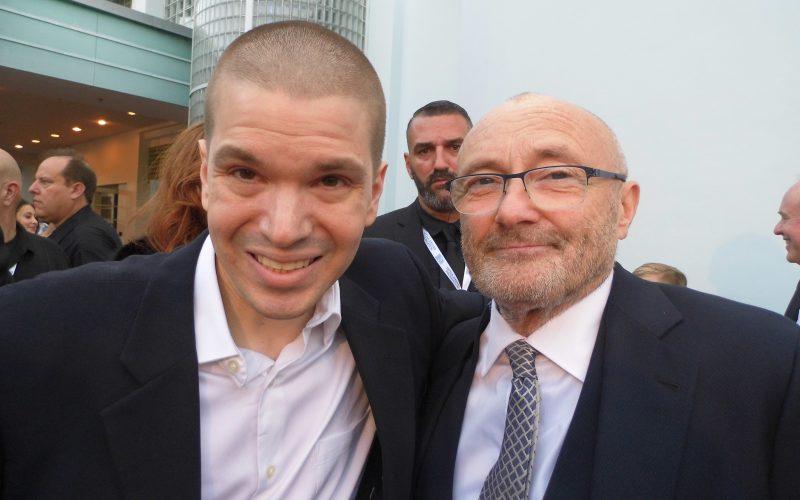 In March of 2016, Phil Collins gave his first concert performance in years. It took place in Miami Beach at the Little Dreams Foundation Gala. That event was the first thing mentioned in his prologue of his 2016 memoir Not Dead Yet.

On the red carpet, prior to his performance that evening, CYInterview was on hand. We asked Phil Collins if that evening’s performance would be the beginning of his next music chapter? He told us:

“Could be! You know, I mean, I’ve enjoyed it, rehearsals. I got friends back in my band again, you know, some of my band. And Nick’s [Collins’s son] playing drums with us and it sounds fantastic. And so, you know, it’s possible. I’m thinking about it.”

As Phil Collins writes in his book’s prologue Not Dead Yet: The Memoir, “The kid will be drumming, the old man will be singing. That’s the plan anyway.”

That evening back in March 2016 would be the beginning of his next musical chapter. CYInterview could feel it coming in the air that night. Indeed, Phil began touring a bit more than a year later.

You can see that CYInterview with Phil Collins by clicking here.

You can find more information about The Little Dreams Foundation by clicking here.