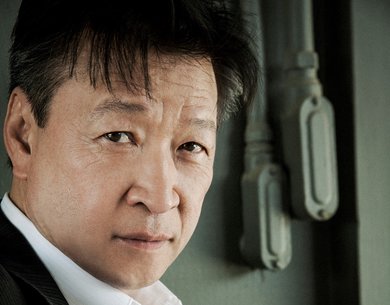 With an acting career spanning 40 years, Tzi Ma’s body of work is diverse. Some of his movie roles include Rush Hour, the Academy Award nominated film Arrival, Dante’s Peak and popular independent films like Akeelah and the Bee. As it says on his Twitter biography, “You may not know my name but you’ll mostly likely say, ‘Man, I know that guy’”.

In our CYInterview, you will hear Tzi’s passion for acting, as well as his in-depth stories about some of the projects he has worked on. He is currently starring in the Netflix series Wu Assassins, has an upcoming role in a Netflix film Tiger Tail and next year will be seen in the live action Disney movie Mulan, where he plays Mulan’s father Zhou.

Various reports say the cost for Mulan is around 300 million dollars. On what it was like to be part of this Disney movie, that will no doubt make history, Tzi Ma told us this:

“It’s just this kind of super charged atmosphere where you feel, you know, the people of that time. And because Nikki Caro did such a great job, the director, with focusing on the legend of Mulan, you know, so in that respect, I’m really excited to have the audience see this particular rendition of our Mulan. I think it’s gonna, I believe it’s gonna make a huge impact on you know, how the world perceives Mulan and that period of time, who we are. So, it’s quite exciting. And, you know, everything in the entire film is in English. So, it’s fascinating how the audience will receive this.”

As an Asian actor in Hollywood, who has a diverse body of work spanning 40 years, Tzi Ma says it is important for aspiring actors to be choosy when selecting roles that represent them:

“I think for not just Asian and Asian American actors, I believe all actors of color needs to be very discriminate about the role that they pick. I think the conventional wisdom is that, you know, when you start out in your career, do anything and whatever that’s offered to you. For me, I believe that’s a mistake. I think you should really be very picky about the stuff that you do because rather or not it represents you well, I mean, you, meaning the community which you represent. You know, I think being in front of the camera, you know, basically take on some responsibilities because you, this is how the world will perceive us, So, I think, you know, you have an added responsibility to portray, you know, your community in roles that have depth.”

You can listen to our compelling 30 minute CYInterview with Tzi Ma at the link below: