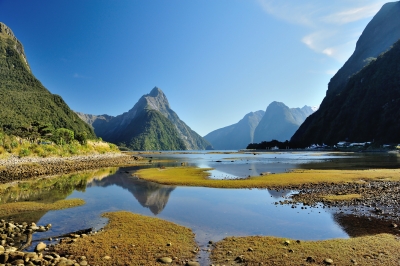 “Oo-ee, if that ain’t my third cousin twice removed, Twilon Unctious.” So said Nohap Twazzleknee. Nohap’s real name was Steve and his cousin, who really was not his cousin, was named Alfred at birth. Unctious and Twazzleknee were not their real last names either. What was going on? What indeed?

To further muddy the waters, the “oo-ee” Nohap let out upon seeing Twilon was the kind of exclamation you might have heard someone use in one of the southern U.S. states decades ago or in the 1959 hit song, Sea Cruise. The thing of it is these two characters lived in present day Brooklyn, where they manufactured super small batch craft beer and made bespoke bicycles from old plumbing.

We were left confused by these naming conventions so we decided to visit Professor von Knucklehead, who held the Potato Salad chair at the Center for the Study of Sociological Trends and Phenomenon and their Impact upon the Arts, in Flatbush. The chair was considered quite prestigious as it was named in reference to an individual who threw potato salad at lecturers about Dadaism, decades earlier.

Von Knucklehead explained to us that a new trend had emerged, which he called the 7th Iteration of Hipsterism in his book, The 7th Iteration of Hipsterism. The professor explained to us that man buns and ironic t-shirts had lost their charge and, so, hipsters were staking claim to a new set of behaviors in order to progress to the next level. We sat wondering what that level was. Von Knucklehead never enlightened us.

The Brooklyn of superior pizza, hot dogs, the Dodgers and affordable housing had, over the course of decades, given way to the way of the hipsters; whatever way that was. And now that way was becoming dated.

A tenant of hipsterism is that something widely in fashion is not hip. If something – music, clothing, whatever – is embraced by the mainstream it is considered fashionable. The hipsters had seen their conventions, clothing and grooming habits appropriated by non-hipsters and therefore, that which was hip became a fortiori non hip, you dig?

So daddy-o, what was up with these cats is that they were attempting to create a new wave of hipsterism, by crafting new conventions. Of course, over the course of decades or less, these hip ways of doing things might gain traction with the mainstream and consequently be relegated to the ash heap of the formerly hip.

At any rate, if you venture into Brooklyn and hear people referring to each other by implausible names, particularly preceded by the word cousin, you might have an inkling as to what is going on. Maybe. Or maybe this is all made up. You dig? But that would be hip, wouldn’t it?

Image courtesy of shirophoto at FreeDigitalPhotos.net