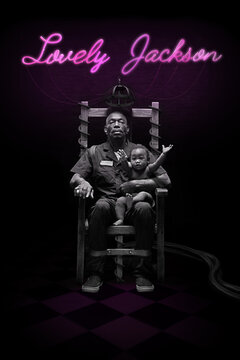 Recently, the true crime documentary Lovely Jackson debuted at the American Black Film Festival. The film focuses on former prisoner Rickey Jackson. Mr. Jackson was incarcerated for 39 years, until he was exonerated and released. Reportedly, this is the longest prison term an individual has served for a crime they did not commit.

Mr. Jackson was exonerated in 2015 and awarded over a million dollars for his wrongful incarceration. He was in prison from the ages of 18 to 57. Rickey Jackson joined us with Lovely Jackson filmmaker Matt Waldeck to talk about this riveting picture.

On how he survived prison, Rickey Jackson said this:

“It’s a series of events, not one particular thing, because you run the gambit of emotions and experiences in prison, but if anything, I would contribute it to my upbringing, my mom in particular. … Every day is different and you have to find a way within yourself to survive that particular day. I never looked at the fact that I was serving life in prison. I just concentrated and focused on the day in front of me.”

“It’s not a journalistic piece. It’s not an issue piece. We’re not telling our audience what to think. This is a human story, triumph of the human spirit and psychological endurance.”

On how Mr. Jackson remained calm during his 39 years in prison and kept a positive attitude after becoming a free man, he said this:

Today Rickey Jackson is married and has a child. Though the criminal justice system failed him, he is an example that it is never too late for happiness.

“For the few years that I’ve been out, free man, and my life has been so filled from every corner from every aspect. … I think that my attitude about what happened to me was the catalyst for everything in my life that I have now. I’m a rich man, not only monetarily, but family wise, friend wise, and without that attitude even if I had still gained my freedom, I wouldn’t have the nearly, the amount of friends and done the amount of things that I’ve been able to do with a negative and bitter attitude.”

Filmmaker Matt Waldeck tells us what his long-term hopes are for his film Lovely Jackson:

“Ultimately, I would really, I think the film deserves to be preserved in the Library of Congress. I actually think that this is a real time capsule for what the justice system and the penal system in the United States was in the 20th century and early 21st century. And what better perspective do you have than someone whose integrity and point of view is unquestioned.”

Featured columnist Jay Bildstein joined us for this CYInterview. You can listen to it in its entirety below:

Listen to the entire Rickey Jackson and Matt Waldeck CYInterview:

You can find more information about Lovely Jackson by clicking here.