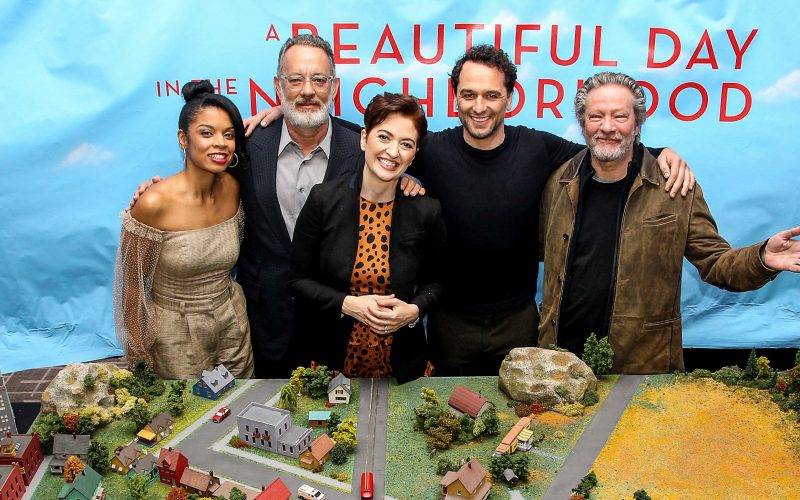 Recently, the cast of the movie A Beautiful Day in this Neighborhood got together in New York City. The photo of the meet up is above. The movie about Fred Rogers, better known to the world as Mister Rogers, will be released this coming Friday.

Tom Hanks has not been nominated for an Academy Award since 2001. Will his portrayal as Mister Rogers get him his first Oscar nomination in almost two decades? We shall see. He did win two Academy Awards, however, back to back for Philadelphia and Forrest Gump. That was in the nineties.