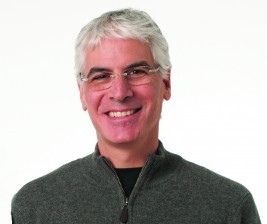 The holiday season is just around the corner. Millions of tempting dishes will be prepared and eaten. Next week, for Thanksgiving, turkey is the traditional choice. But who says a new tradition cannot be born. What about eating steak for Thanksgiving?

With that in mind, we welcome to CYInterview the Senior Vice President of Omaha Steaks, Todd Simon. Mr. Simon is part of a family going back generations, who developed the Omaha Steaks company. The company is a well-known in America for their beef products. They have been around for almost 100 years.

Mr. Simon shares with us some of the company’s history, talks about what has given the company staying power for almost a century and tells us why steak is a good choice for Thanksgiving or any other upcoming holiday.

So why should people eat steak for Thanksgiving and other upcoming holiday dinners, instead of turkey? The Senior Vice President of Omaha Steaks, Todd Simon, tells us why:

“Here at Omaha Steaks we believe, of course, that people should eat steak for any occasion. I mean sometimes I even eat steak for breakfast. But it’s, steak is really a, you know it’s a terrific source of protein. Omaha Steaks are, come from the heartland of America. They are really the very best beef that you can buy. And you know, we have been working hard over the years to try to change people’s perceptions that steak for instance can only be used on the grill or steak can only be eaten at dinner time. And we see just from the amount of orders that we get this time of the year that people do value steaks as a great way to bring family and friends together for these kinds of celebratory meals.”

Three values Omaha Steaks considers key to its success are being ethical, reliable and moral. Speaking about the company’s Midwestern values, Mr. Simon told us this:

“I think there is a great work ethic here in Middle America and a great sense of family values. And by that I mean sort of respect for and support for families. So, you know, we’re a family business and we really take that to heart and we’re very family friendly. So we have constructed the benefits to attract people to the company that really support families. So you know, we offer above average, you know, maternity leave. We offer paternity leave. We have an educational assistance program where anybody who’s working for the company can get reimbursed for tuition fees associated with furthering their education.

We have, we offer, you know, daycare reimbursements. We offer a snow day program. You know one of the big things that happens in the Midwest is it snows and we get our team to work to satisfy our costumers. But if your kids aren’t in school, suddenly, you might not be able to come to work. So we actually have a community center down the street from the office where you can drop your kids off for a day of fun activities on a snow day.”

Reportedly, products from Omaha Steaks have been in some of most prominent kitchens in America, like the one in the White House, as well as having been eaten by world leaders. Sharing how their line of beef is stocked in some prominent places and served to well-known people, Todd shared this:

“We’re an overnight success story that took 100 years. And I think turning that 100 years, what we have managed to do is we have managed to build a very, very significant brand. We are the most well recognized brand of beef in America and because of that, when you’re thinking about beef and when you’re thinking about steaks, you often times think of Omaha Steaks. And then we have the fact that Omaha draws attention for other reasons as well.

So you know, Warren Buffet lives in Omaha. We have the College World Series in Omaha. So there’s actually reasons for these sort of dignitaries to come to Omaha and when they do, they get exposed not only to Omaha, but to Omaha Steaks and I think it sticks in their memory. So we have the advantage of being a national brand combined with the sort of magnetic attraction of the city of Omaha. Those two things I think have gotten us a lot of celebrity attention over the years.”

Omaha Steaks employs thousands of people year round and employs thousands more during the busy holiday season. Speaking about their ability to give Americans employment opportunities during challenging economic times in recent years, the senior vice president said this:

“We have very long tenure at our company and we’ve also had multiple generations, not just of the Simon family, but of other families within the company. So I guess you could say that we’re not afraid of a little bit of nepotism. But we’re also, it’s also been really important to us, we have throughout the entire time that I’ve been with the company, we’ve never had a significant layoff. We make an attempt to provide job security for those who have given so much to help the success of our business and help our costumers. So it’s just, and the other thing we are committed to is growing from within.

I think that, I heard something in business school, which didn’t mean much to me at the time, but it means a lot more to me today which is that you hire for culture and you can teach skills. So you know, anybody who has been with our company for a few years understands our culture of quality of serving the customer. And we can teach them the skills to, you know, be a marketing analyst or a buyer or a steak cutter. But what we can’t very teach as readily is you know what the company means and our commitment to our costumers. And so whenever we can promote somebody from within the company, we try to do that.”

Editor’s note: The good folks at Omaha Steaks sent along some of their excellent products for us to try.

You can find all of Omaha Steaks products at http://www.omahasteaks.com