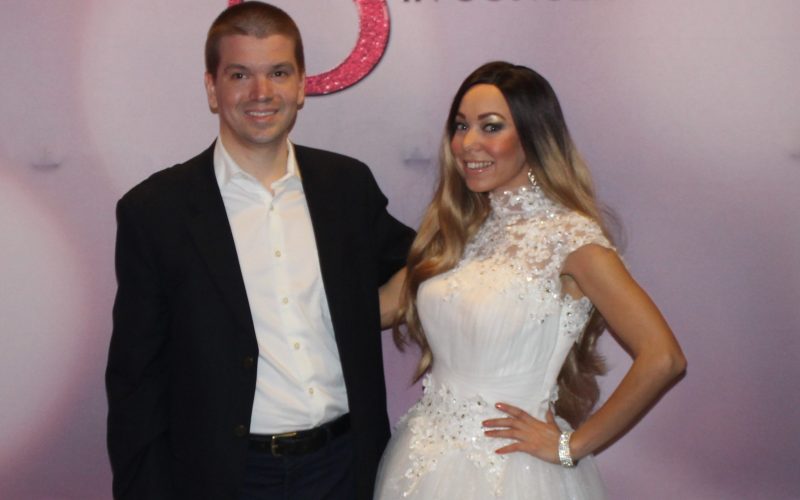 This week, Mariah Carey’s 1994 Christmas song All I Want for Christmas returned to number one on the Billboard Hot 100 Chart. In recent years, the song has become part of Christmas marketing campaigns including the NBA, for its yearly tradition of basketball games on Christmas Day.

Last year, CYInterview was on hand for the longest running show on the Las Vegas Strip, Legends in Concert, which was holding its holiday performances at the Tropicana Hotel and Casino. On Christmas Eve, we attended a performance of the show and CYInterviewed Mariah Carey tribute artist Jass Meagher. See our photo above. You can find that CYInterview by clicking here.

We look forward to the day when Legends in Concert returns to production, hosted by Las Vegas headliner/impersonator/entertainment legend Frank Marino. You can see our past CYInterviews with Frank by clicking here and here.

In the vein of songs for the holidays, past CYInterview guest, music star/singer Joss Stone [see here] has her own Christmas song titled All I Want for Christmas.

Whether it is Frank Sinatra, Nat King Cole, Elvis Presley, Aretha Franklin, Celine Dion, Joss Stone, Darlene Love or Mariah Carey, among many others, Christmas and music do indeed go together.

From the Entertainment Capital of the World, happy holidays and stay safe.