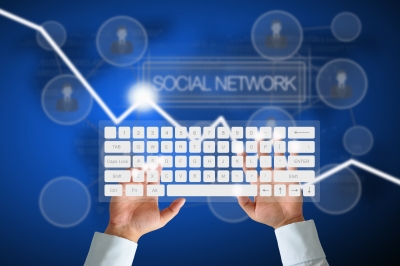 “I suppose it is tempting, if the only tool you have is a hammer, to treat everything as if it were a nail,” The quote is ascribed to psychologist Abraham Maslow and it is suggested that it has its roots in philosopher Abraham Kaplan’s law of instrument.

The concept, as I interpret it, is that given a tool, we begin to find uses for it that go far beyond what it was intended for, slipping from use to overuse to misuse and abuse. Doing this, with frequency, can lead us to becoming narrow minded and, ultimately, self-limiting in the way we interact with society.

Today, technology has given us a seemingly never ending stream of tools which we can use for a universe of tasks and applications. But as humans, we are such creatures of habit and, often so enslaved to patterns of behavior, that we routinely make use of only a few tools. The result is misuse and abuse of tools, less than preferable results and unnecessary limitations for us.

Nowhere is this more prevalent than online, in what is referred to as the social web. Facebook and Twitter are two tools which appear to be misused in epic proportions. I wonder how many people are currently dissipating their lives robotically “staying in contact with friends.”

Facebook and Twitter can be put to good use. They can be used for the promotion of a business – though what the effectiveness is I cannot say. Still and all, that seems like a potentially reasonable use. They can be used to post class assignments in school or to enhance discussions outside of the classroom. And yes, we can use those Internet platforms as an adjunct in keeping current with those important to us; an adjunct!

I see the misuse of these tools, along with things like the reality television genre – a farce if there ever was one – leading society to becoming more voyeuristic and narcissistic. It seems that if we are not actively looking at what someone else is doing, we are broadcasting to the world what we are doing. This might not be a bad thing if we were reporting on things of greater importance than what we had for dinner.

How many people cannot truly engage in an outing because they are too busy posting what they are doing online? How much time is being lost at work with employees obsessively checking for updates online? What is this doing to our attention span, individually and collectively?

Next week, we will delve into to this further.