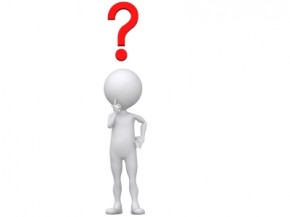 Do you frequently lament to yourself what you could do and what you would do, but you don’t? Perhaps, you share these feelings with your friends and family. If circumstances were different, you say, you would go out and do some amazing things. If only you had more free time then you could pursue your passion.

From time to time, most of us get stuck in ruts. I know I do. If we are not careful, those ruts can become our lives. Unchecked, we cling to the status quo, though we are unhappy and unfulfilled. We fool ourselves into thinking that a day will come – as if by magic – when we are able to own up to our soul’s destiny and do, act and create as we would like to.

Newsflash! If you could and you would then you should. The would/could duet is particularly popular among people who are creative. Hmmm, second news newsflash! We are all creative. Some of us have just forgotten that we are crafted from the same material and the same eternal impulse that produced the universe.

When we talk the would and the could stuff, we drown our dreams with temporarily soothing rationalizations. And one itty bitty, frequently repeated word helps enable those ultimately threadbare rationalizations. That word is if. If is the handmaiden of don’t, doesn’t and didn’t.

Our souls have a destiny. The question is whether or not we will work to reach that destiny while we house our souls. Our souls may be immortal; we are not.

What are you waiting for? If in your heart of hearts you believe you could and you would then you should. Don’t if away your life. Don’t put conditions on your creative impulses. Unbind yourself from the fear that says you are not good enough. Instead embrace your life while you still have it.

When we believe we could and we would do something positive then we should. Turn that should to shall. Turn that could and that would to can and will. Create and do. And be happy.