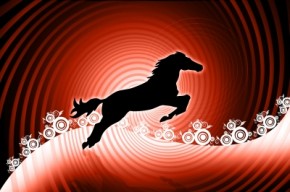 Recently on CYInterview, I had the opportunity to be on an interview with Chris Yandek and well known boxing commentator and historian Bert Sugar (see interview here). We were discussing the Pacquiao-Mosely fight and the chances of a Pacquiao-Mayweather fight ever coming off.

Pacquiao-Mosely took place the same day as the Kentucky Derby. Today, the 136th running of the Preakness won’t be contending with the same kind of diverted attention among the sporting faithful.

When we were discussing boxing with Mr. Sugar, he gave us insight into the apparent declining interest, in the United States, in pugilism. He said, and I will paraphrase, that up until the mid-twentieth century three sports reigned supreme in America: baseball, boxing and horse racing. He went on to add that in today’s world, the sports minded public has many more sports to capture their attention and passion.

In anticipation of the Kentucky Derby, Chris Yandek interviewed Randy Moss of NBC Sports (interview here). Mr. Moss commented that Horse Racing, in general, might benefit from having fewer races. The idea being this might help the sport attract more attention. This ties in with Bert Sugar’s point. There is lots of competition for sports viewership today.

It seems to me this year’s Preakness has not drawn as much attention as previous years. Maybe, it is just my imagination. It has generally been true, in my experience, that as far as racing’s Triple Crown goes, the Kentucky Derby has always garnered the most attention. We’ll see what happens with the Belmont.

I’ll leave the handicapping of the 2011 Preakness to the experts. But I will point out a bittersweet, yet noteworthy coincidence. Yesterday, professional wrestler “Macho Man” Randy Savage died. Mr. Savage had been interviewed a couple of times by Chris Yandek. In fact, you can find the interview here.

Randy Savage was a classy human being. Rest in peace big guy.

What does this have to do with the Preakness? One of the horses running today is “Mucho Macho Man.” Maybe, he’ll be the sentimental favorite. Mucho Macho Man for the win, “Oh Yeah!!!”

2 Replies to “The Preakness 2011, Remembering Macho by Mucho”