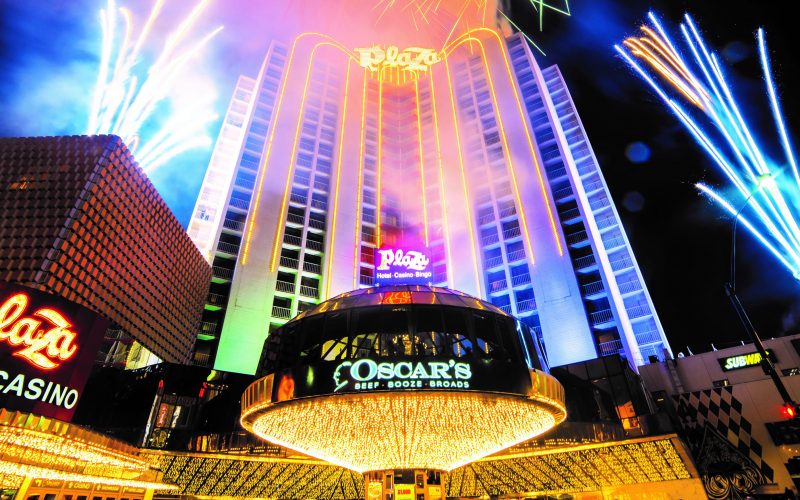 The Plaza Hotel and Casino is an iconic property that opened in 1971. It will be celebrating its 50th anniversary in 2021. Resort spokesperson and senior account executive at the Warren Group Amy Maier joined us to discuss the hotel’s New Year’s fireworks show. She told us this:

“The Plaza is excited to celebrate the end of what has been a very challenging year for Las Vegas, as well as the country and the entire world. And, they are doing their annual fireworks show for the community. The fireworks are gonna be shot from The Plaza’s south tower rooftop. So, they’re gonna be shot up into the air at an additional 100 to 200 feet. So, they’re gonna be seen from miles around. And, we’re also partnering with our local television stations to broadcast them on TV and stream online so that people can enjoy the fireworks from the comfort and safety of their homes.”

2021 will be a year of new beginnings for The Plaza Hotel and Casino, with a variety of planned renovations and construction projects including one with Symphony Park. Amy tells us about that project that will connect some of Downtown’s Las Vegas’s most important landmarks:

“The Plaza is working with the City of Las Vegas on bridging, literally, Main Street with Symphony Park. There’s already one pedestrian bridge, but there’s going to be a second one built by the City of Las Vegas and The Plaza is going to add on to that landscape, pedestrian walkway to the bridge that connects it to The Plaza Hotel and Casino so that folks can walk easily to and from everything that Symphony Park is going to offer, as well as the rest of the Downtown community.”

Featured columnist Jay Bildstein joins us for this CYInterview, speaking with Amy Maier about The Plaza’s vintage Vegas experience and why tourists should come to Downtown Las Vegas.

Listen to the entire Amy Maier CYInterview on YouTube:

You can visit The Plaza’s official website by clicking here.