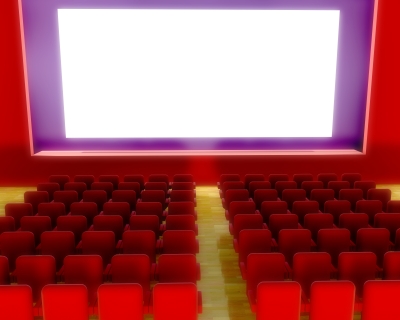 I lived ten minutes from Tepeji 22, home of the middle class family portrayed in the film Roma. It was 1970, and I was beginning married life and motherhood in the Mexican capital.

Seeing the film Roma was painful for me. I was reminded of the shock and feelings of isolation I suffered years ago when I contemplated my new social universe from the critical—and at the time, unshared—perspective of filmmaker Cuarón almost 50 years later. I feel that Cuarón has provided a fairly balanced portrait of the power structure of a middle class family in that time and place, one which is particularly sympathetic to the alienation endured by Cleo, the indigenous house worker.

His portrayal of Sofía, the mother, seems considerably less sympathetic, however; the film criticism I have read seems even less so. While contextual knowledge is not indispensable to an appreciation of the film, I believe that such knowledge is certainly useful for making inferences concerning Sofía. I intend to apply my lived knowledge to the film in this article in order to dispute and broaden the common understanding of the character Sofía.

Different critics have described her as “presiding” over the household, as the mother of three children (there are four), and a stay-at home mother (she is a part-time worker). It is only at the end of the film that the viewer discovers that she, like her husband, is a professional. Only then do we see her reclaim her power: trading in the enormous, impractical car, driving the family to the beach, taking on a full-time job, and encouraging one of the boys to look after his own needs instead of getting Cleo to wait on him.

Because of the family crisis, the mother appears to be delegating maternal attentions to Cleo. This is probably true: she is totally absorbed in her efforts to retain her husband, protect her children from the painful knowledge of the crisis, solve her financial difficulties and in general adapt to her new circumstances. In so doing, she lashes out both at Cleo and the children, making her quite an unattractive character. The film, unfortunately, provides only the vaguest insights into what her life was like in more normal times. And it is here that insider knowledge enables one to discern that in the family hegemony, Sofía is perhaps one step up from Cleo, at least at the onset of the film.

The best way to understand the challenges faced by Sofía is to think of her as a Victorian woman—despite her late 20th century characteristics: professional credentials, her unheralded part-time job, and her ability to drive in both chaotic Mexico city traffic and on the open road (the latter an uncommon ability among women at the time). She is the angel of the home, responsible for every domestic detail, and thus completely at fault if anything goes wrong. Dr. Antonio, her absentee husband, appears to be totally ignorant of the inner workings of his home, but is always ready to criticize.

Lacking contextual knowledge, one might imagine that having two maids provided a life of indolence for Sofía. and that she could at least delegate fewer maternal attentions to Cleo. That view is flawed if, on one hand, we fail to understand the demanding nature of the husbands of the period, and on the other, if we assume the home to be child-centered, as is the case in contemporary US. Dr. Antonio is the “king,” as one reviewer called him. He expects the same obsequiousness at home as he receives from the nurses at the hospital.

Sofía would typically be expected to organize all social life, including elaborate suppers with hospital colleagues and their wives, to hold large birthday parties for each of the four children, to pay bills, do the banking, fill the pantry, to train the maids who were often illiterate and unaccustomed to indoor plumbing, and a host of other obligations. (While doing so, she must always be presentable, in her role as the doctor’s wife.)

If anyone asked Dr.Antonio about his wife’s work, he would say it was simply a pastime of hers. Research suggests that any earnings her job produced would disappear unobtrusively in minor expenses. Major purchases, the new car or fridge, were always attributed to the husband. Sofía’s contribution to family life goes unrecognized; her job is of no account: for her, there are no ceremonial receptions or farewells like the ones that she orchestrates for her husband´s comings and goings.

Notice how Sofía interprets Antonio’s every need to the house workers: “The doctor needs to have these two suits cleaned.” “Help Dr. Antonio with his bags.” “Dr. Antonio wants some chamomile tea.” He rarely speaks directly to the maids, as though he were linguistically incompetent in a foreign land. Notice, also, how he seems to breakfast separately from the children before going to work at the hospital.

If you were to make a phone call to Tepeji 22 during the morning and ask for Sofía, it is probable that one of the maids would inform you that Señora Sofía was at table, “atendiendo al señor.” She is a sort of lady-in-waiting. She waits. Waits for the husband to ask for his meals, for a towel, for his underwear, for his misplaced keys. None of these attentions are reciprocal.

Also, as among the Victorians, this home runs on woman-power. All clothes are washed by hand; all food is prepared from scratch. In this schema, the downstairs maid would be expected to do the cooking, cleaning and daily marketing, while Cleo—disingenuously referred to as the nana—would attempt to clean the upstairs rooms left in total chaos by the children, wash the clothes for six persons by hand and put them away. (A parallel occurs in the pre-Civil rights south: the maid of all work was known as “the cook,” which hardly did her justice.)

The worst nightmare of all: if the maids decide to go to their village for the fiesta of the patron saint and are gone for a month, how will Sofía manage to meet the expectations established for her? And she gets no Sunday off, like Cleo and Adela. Sofia recognizes that both she and Cleo are exploited and alienated from their own self-interest at every level when she says “We are alone.”

In the 70’s, neither Sofía’s social class nor her university degree can compete with the dubious honor of being a señora, the doctor’s wife. The role of wife and subaltern likewise pained poet Rosario Castellanos, an intellectual of the time who eventually surpassed her philosopher husband in fame, but who in the meantime sought and suffered marriage and motherhood, so highly valued at the time:

I am a señora: a title

Hard to obtain in my case, and more useful

In social life than any academic degree.

Image courtesy of cooldesign at FreeDigitalPhotos.net