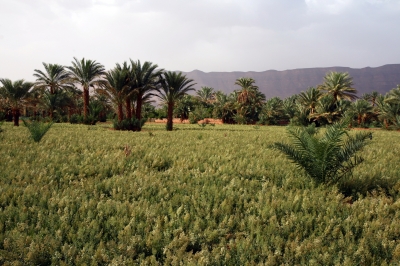 We live in a world that celebrates big. We are told bigger is better. We strive for bigger homes and bigger cars. When it comes to setting a road map for success, we look for quantum leaps toward our goals. Big steps forward beat little ones, we tell ourselves.

I am not anti-big. For the people who can afford big cars and big homes, more power to them. However, when it comes to planning to reach our goals, I am a fan of the miracle of small. You see small steps often lead us to our goals in a way that creates less friction and greater livability than the approach of attempting to reach them in one giant leap. Oh, and the giant leaps often do not succeed.

Those of us not participating in certain endeavors tend to see progress take place by leaps and bounds. We see technology suddenly jump ahead. We recognize an actor who has “suddenly” made it as a top rank film presence. Our perception is that many successes are the result of big steps forward.

However, what we do not see, what we would not see, is the tremendous amount of time, work, sweat, frustration and uncertainty that goes into technological advancement or Hollywood achievement. We, the consumers, tend to see the end results of the labors of individuals and organizations. And these results give the appearance of having arrived, almost magically, in the marketplace.

Is it any wonder then that when we think about our own goals we seduce ourselves into thinking we can get to where we want to go in a few big leaps forward?

The unheralded miracle of small is that most worthwhile goals are accomplished piece by time staking piece, one small step at a time.

Let’s go back in time to our early schooling. How did we learn to read? On the first day of first grade was a copy of Cervantes’s Quixote thrust into our hands? Were we told to jump in and start reading? No! Step by slow step we were taught the alphabet, its sounds and then how to read and pronounce some basic words. Yet, in the span of a few relatively short years we possessed the amazing skill of being able to read.

Embrace the miracle of small. It just might help you achieve success faster.