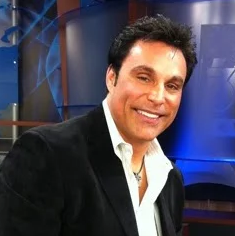 Though he made a name for himself in boxing and professional wrestling, Marc Mero found his life purpose as a motivational speaker. For almost 10 years, the former WWE Intercontinetal Champion has been in front of crowds in America, Canada and even Russia sharing his message. Speaking at schools, churches and corporate events, Mr. Mero shares his life story, in hopes of inspiring everyone from children to adults.

Early on in his life, Marc was a successful amateur boxer. Professional boxing beckoned. Unfortunately, 10 days before his first professional fight, an injury derailed him and the fight never took place. Instead, it put him on a negative path that included drugs and alcohol. Some years later, Mero found his way into professional wrestling and rose to fame in both the WWE and WCW.

In 2007, after professional wrestler Chris Benoit reportedly killed himself, his wife and son, Mr. Mero told mainstream media audiences, including Nancy Grace, about the negative aspects of professional wrestling and the lifestyle that surrounds it. Around that time he got into public speaking, telling people of his mistakes in hopes of inspiring them not to go down the same path. Marc says he is on pace to do 275 speeches this year, through his Champion of Choices Tour.

Earlier this year, the former boxer and wrestler had successful open heart surgery. He says he feels better than ever.

You can read the highlights or listen to the entire CYInterview with Marc Mero below:

Telling us about his motivational speaking tour Champion of Choices, Mr. Mero says this:

“We’re going to our 10th year now. Over 1600 schools, corporations and churches around the world actually. We even went to Russia and spoke over there to schools and churches. And then, of course we go to Canada quite a bit, but primarily in the United States. And we have presentations at schools, everything from anti-bullying and suicide prevention, substance abuse and goal setting. And it’s just been a joy of my life. Probably if you want to put it in chapters, this has been the greatest chapter thus far.”

After the tragic deaths of Chris Benoit and his family in 2007, Marc spoke candidly to the media about the things he believed were wrong with the professional wrestling business. There were some in pro wrestling who believed he betrayed the business that made him a star. Giving his thoughts on speaking out, he tells us this:

“Whether people like it or not or like me or don’t like me, I think there has been a lot of changes because people did speak up and there were tragedies in the industry. And so, you know, I look at the different paths in my life I’ve taken and to end up where I am today, I couldn’t be happier or more pleased at what I’m doing and knowing that I’m making a difference in the world and making a difference in many people’s lives.”

Before his career in professional wrestling, Marc Mero was successful as an amateur boxer. He won the New York State Golden Gloves tournament a few times. On why he did not have a career as a professional boxer, he tells us one life setback ended that career and put him on a negative path for the next decade:

“I was very successful in boxing. I won the New York State Golden Gloves a couple of years in a row and then I eventually made my way to the USA boxing team where I moved to Colorado Springs, Colorado, trained there. At that point I was one of the best boxers in the country and I decided to turn professional. Well, to make a long story short, two weeks before my first professional boxing match, I had my nose shattered in an accident and I needed reconstructive surgery. And it was at that time Chris that I started really making some bad choices, getting involved with the wrong people, getting involved in alcohol and drugs and just making some horrible choices. And it led to 10 years of abuse and addiction, working paycheck to paycheck, even dealing drugs to support my habit.”

Earlier this year, the former professional wrestler, had open heart surgery. He says he feels better after the procedure:

Finally, his message to all the fans who watched him during his professional wrestling career:

“I’m just so thankful that I got to meet and be around some of the greatest fans in the world. And you know, I just wish everybody the best. I really do. I hope you can come to one of my presentations someday and hear the whole story and not just what maybe people might summarize or think that happened.”