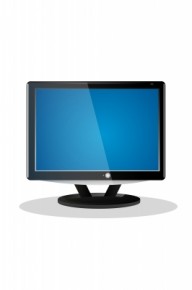 A few days a go, a presidential straw poll was held in Ames, Iowa allowing certain individuals to cast their vote for who they, ostensibly, liked the best as Republican candidate for President of the United States.

Big news was made out of Michele Bachmann winning the straw poll. Far less attention was paid to the fact that she barely nudged out Ron Paul for first place. In fact, from a statistical point of view, I would say the poll put Congresswoman Bachmann and Congressman Paul in a virtual tie.

However, in most places I watched and read, the glory went to Ms. Bachmann. Dr. Paul got some notice, but my feeling is that, by orders of magnitude, it was nothing like the media spotlight shone on the Congresswoman.

To compound matters, the Governor of Texas, Rick Perry announced he was jumping into the race for the Republican nomination for President. Governor Perry seemed to draw inordinate media attention compared to Congressman Paul. Why?

Folks, we live in an age of extreme focus on image. Arguably, the age of image in politics began with the televising of the now famous, Kennedy-Nixon debate. Since, then, it seems society has been on a steady trajectory of giving appearance a higher standing than substance.

The American Dream has been misappropriated, sliced, diced and repackaged by masters of marketing. America may have seen its industrial base diminish, but the almighty American marketing machine has gained in strength. And we have all been sucked in by it.

Unfortunately, the mainstream media – which needs to turn a decent buck to stay in business – is just as besieged by modern marketing as the rest of us overly marketed to masses. And so, instead of simply being facts driven, I believe these media outlets are every bit as concerned, perhaps more so, with what sells. Newsworthiness yields to salability.

And so, Ron Paul, whether you agree with his points of view or not, is given short shrift as compared to Michele Bachmann. Why should the media decide one candidate is more viable than another candidate, in light of a poll showing them in a virtual dead heat? That is for the people to decide. However, Congressman Paul is a man in his mid-seventies, who while pleasant looking, is not Hollywood handsome. Bottom line, Ron Paul is not eye-candy.

Michele Bachmann on the other hand is a youthful looking and attractive woman. And lest anyone find this comment sexist, let’s look at the current so-called front runners for the Republican nomination for President.

Mitt Romney, Rick Perry and Michele Bachmann, who seem to have been anointed by the mainstream media as being at the front of the pack, are all good looking. I even heard one supposedly serious broadcaster wax on about Governor Perry’s “presidential hair.” Give me a break! Is this what we have come to?

Sure, some people in society treat presidential elections as a hybrid between a beauty contest and a sporting event. But so called serious journalists? They are helping dumb down the presidential contest to new lows.

Romney, Perry and Bachmann, in addition to President Obama, look like Hollywood conceptions of presidents. One word describes this, dangerous. No, there is nothing wrong with good looks, yet when the political chattering classes spend more time enthralled with a candidate’s looks than the substance of their record and ideas, then we are in trouble – big trouble!

What about paying attention to candidates with fresh ideas and or lots of experience? We can look to both the Right and Left to see individuals who fit the bill yet may not get paid attention to, particularly on television, because of their looks.

Based on merit, Congressman Ron Paul deserved as much time and coverage as Michele Bachmann and Rick Perry, maybe more. If on the other hand, television news producers are looking for Hollywood style eye-candy to promote their questionable offerings, then it seems Dr. Paul is at a disadvantage.

For America to transform itself, for America to overcome the challenges facing it, people will have to start paying more attention to substance and less attention to surface aesthetics. After all, we are talking about the future of the nation, not picking the winner of a “reality” show.

One Reply to “The Mainstream Media, Presidential Aspirants and Looks: Politics in the Age of Image, a Troubling Trend”