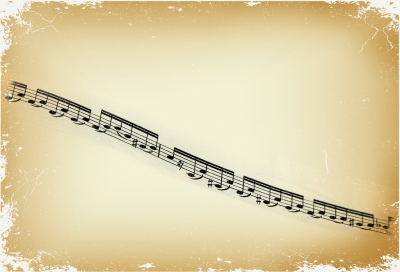 If you walked past him on the sidewalk, you might not notice Fernando Matus (as everyone called him.) His slight figure and austere clothing made him inconspicuous. A more careful observer, however, would immediately notice his rapid, determined pace. This briskness characterized his daily walks from his home to the Musical Initiation School (CIMI) downtown, to the Music Faculty, and to other venues where he collaborated with a variety of musicians. Nothing in his unassuming manner would prepare you to see him dressed in tails, standing next to his marimba in front of a full orchestra, two mallets in each hand, drawing incredibly lush sounds from an instrument which he himself had constructed.

The Encyclopedia of Percussion describes him as a virtuoso. Indeed, his technique was an extraordinary personal achievement. Composer Francisco Gonzalez– wanting to include the marimba in a piece he was writing– once asked Prof. Matus how to treat the marimba: “Like a violin,” he said. González goes on to say: “I wrote the second movement of my marimba sonata with a sustained tremolo. I dared to do that because I had heard the maestro make the marimba “sing” on and on, even though the sound of the marimba supposedly dies out quickly. . . but he could make the marimba vibrate like an organ playing a Bach chorale.” Indeed, Morales Matus included Bach and other composers of the Western canon in his recitals.

He was born in Belize, where he was educated in English and Spanish. As a 4-year-old he began to learn the marimba from his father, who played for a living; later, in Guatemala, he specialized in that instrument to receive his BA degree from the National Conservatory there. He thus became a pioneer: he was the very first of a generation of musicians with formal musical training and mastery of an instrument which is the national symbol of that country.

Prof. Matus had come to the Conservatory at an unusually propitious moment; the marimba had, by the early 20th century, acquired a piano-like keyboard and even evolved into a concert instrument. Accomplished marimbists, such as Celso Hurtado and his brothers, had popularized the instrument in the U.S. as early as 1908. However, these musicians still constructed their own instruments, arranged and composed. But now was the time for recording, researching the ethnic roots and disseminating both popular and composed pieces in Guatemala and abroad on a larger scale. Fernando Matus devoted his life to every one of these tasks, in addition to teaching percussion for 36 years at the Universidad Veracruzana in Xalapa, Veracruz. But in spite of his achievements, he never forgot his musical homeland, Guatemala, where he was highly revered.

In the 70s Prof. Matus and Benigno “Nino” Mejía founded “Herencia Maya Quiché.” As director of this group, he conducted music retrieved from distant parts of Guatemala—music he had personally studied as it was performed by local musicians and then arranged (an ability he honed with maestro Mejía.) The group’s repertory also included pieces inspired by indigenous themes, such as those they played for the National Ballet of Guatemala directed by Julia Vela. He then traveled widely to major venues in South America, as well as appearing with the Phoenix Symphony where, as soloist, he played the most challenging pieces in the Guatemalan repertory, including Maestro Nino’s “Concert for Marimba and Orchestra” and works by Luis Bethancourt and Jesús Castillo. His recordings of this period, made with “Herencia,” are now collector’s items. Shortly after the tours, he performed classical pieces at UCLA by invitation of the music faculty. He continued to have contact with the increasingly vital marimba scene in the US, and was invited to join the American Percussion Society. During his 15 years of professional activity in Guatemala, Morales Matus performed as a soloist with several conductors: Jorge Sarmientos (National Orchestra of Guatemala), Dominican conductor Ricardo del Carmen, and Venezuelan conductors Enrique Anleu Díaz and Eduardo Rahn.

By 1981—after Matus had made significant contributions to the marimba– professional slots were at a low ebb in Guatemala and the political violence there had escalated to the point where he was forced to migrate to Mexico with his family. He took a teaching post at the Universidad Veracruzana, and—in addition to his academic and musical activities—devoted much time to researching the acoustic qualities of the marimba and designing and constructing instruments to rigorous standards. (An extremely discriminating ear is required, which meant that his friends sought him out to tune their pianos, which he sometimes ended up reconstructing!) The fruits of his marimba design and construction include the concert marimba in the Instituto de Bellas Artes of Guatemala, and well as instruments played by famous marimbists such as Limbano Vidal Mazariegos (Marimba Águilas de Chiapas).

In Mexico, he appeared as a soloist with a number of orchestras, the OSX in Xalapa, the Guadalajara Symphony Orchestra and, memorably, in the world debut of Jorge Sarmientos’ “Marimba Concert No. 1.” He also participated in Ars Nova/Ars Antigua, and the percussion ensemble of René Pérez. In addition, he occasionally performed in Guatemala—where he was recognized as a champion of the marimba and one of the country’s best players—and where he often played his own compositions. These included, for example, the “Bienvenida Son” and his “Study in E Flat” for four mallets (dedicated to his wife). He was to have performed the Sarmientos concert in a few months at an international marimba festival in Guatemala, an event which he was helping to organize.

Our friend Fernando, seemingly tireless at 71, was careful of his health, even participating in yoga classes with his wife Claudia. Then, a sudden respiratory ailment hospitalized him. One month later, on March 22, he left us bereaved. But he also left behind a legacy of capableness and honesty and beauty reflected in his two grown children, both musicians and professionals; in generations of students grateful for his unconditional support; in his recordings, his compositions and his instruments.