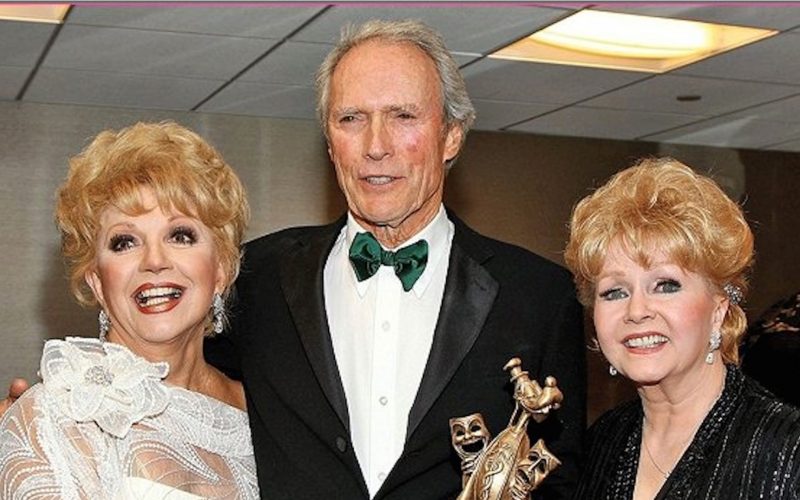 Actress Ruta Lee is one of the last stars that can still talk about the golden age of Hollywood based on her experiences. Who else today can recount firsthand stories about Frank Sinatra, Marilyn Monroe, Phyllis Diller, Debbie Reynolds, Elizabeth Taylor, Jayne Mansfield and the recently deceased Regis Philbin, among numerous others? The show business legend knew all these people. Soon, all those stories and more will be shared in her upcoming memoir, Consider Your Ass Kissed.

Ms. Lee’s movie roles in Seven Brides for Seven Brothers and Witness for the Prosecution along with her parts in iconic television programs like Hogan Heroes and The Andy Griffith Show, are only a small piece of her successful Hollywood career. Ruta Lee is a show business legend. Today, at 85 years of age, she is sharp, funny and spellbinding.

With the recent passing of her husband, restaurant executive Webb Lowe, we spoke with Ruta about her loss. She shared this:

“He was handsome in every way. And his inside was better than even his good looking outside. He was fine. He was good. And as a wife of, how many years were we married, 46 years; I have to tell you I thank God every day. I’m sorry that he’s gone but thank you for the pleasure of having him all those years that we were together. The finest, finest man that God could’ve sent. And so, thank you for asking about him. And you asked about him and it brought a smile to my face rather than a tear to my eye.”

Giving us a preview of her upcoming memoir, Consider Your Ass Kissed, the actress told us the meaning of the title of the upcoming book:

“I mean that dearly and just fully exploding with love for anybody that has given a damn about me, what I’ve done, my career. I’m so grateful and so all I can do is say, ‘Hey! Considering your darling ass kissed.’”

One of Ruta’s best friends from Hollywood is the late Debbie Reynolds. The two worked together for many years on a charity called The Thalians, which benefits mental health. In Las Vegas, Debbie Reynolds was known for being a resort headliner, as well as having had her own eponymous casino, the Debbie Reynolds Casino, from 1993 to 1996. Speaking of the great actress and singer, Ms. Lee shares this about her longtime best friend, who died in 2016:

“She was my best friend. I can’t say was. She still is my best friend. I swear I still get guidance from her on occasion. But she was just the most generous person I’ve ever known whether it was raising money, whether it was giving her time, whether it was loaning you her clothes or giving you something that you needed. That’s the kind of girl she was. A good Texas gal from El Paso who grew up here in the Hollywood area and thank God she became such a living legend and she continues to be one even though she’s gone.”

Ruta Lee has had many great roles in her acting career. Focusing on her recurring role on the iconic show Hogan’s Heroes, she told us this:

“I think that I probably laughed more on Hogan Heroes than I did anything else. I swear to God, we laughed so hard, that there were times where I swear I peed in my pants. You know, because we just, the guys were just so wonderful and such a nifty group. And each one of them was a comedian in his own right. So, trying to get a scene done was very, very difficult. I feel sorry for the directors on that show because there was more breaking up than there was shooting. And well, I just had the best time in the world.”

The Hollywood legend’s advice to people who want to succeed in show business is this:

“Get an education. Be able to do something to feed yourself while you’re reaching for those gloriously, elusive stars. And I think it’s very sound advice.”

Ms. Lee’s one encounter with Marilyn Monroe took place here in Las Vegas. It involved The Rat Pack. Ruta tells it like this:

“The only time that I ever met the aforementioned Marilyn Monroe was in Las Vegas. We were shooting up in Kanab, Utah and Frank [Sinatra] had a fleet of planes. So that, every time, and of course they also had a contract where they were playing, each of the stars was playing for a week or two and then the next one would come in. So, we’d come down from Utah for the opening and come down for closing, come down for the opening, come down for the closing. And of course, I went to Utah thinking I was going to be on location and I brought one cute little cotton dress because what else was there to do but go to the Dairy Queen, you know, up in Kanab, Utah.

And so, there I was at a birthday party that Frank [Sinatra] had thrown for Dean Martin. And I’m sitting at a table with John Wayne and Milton Berle and his wife. Across the table from me is Elizabeth Taylor at the height of her beauty, then married to Eddie Fisher. And gorgeous women at this table and I’m in my little cotton dress. And suddenly, into the room walks Frank Sinatra and on his arm was Marilyn Monroe. Now, Marilyn Monroe had that quality that the Gabors, all the Gabor girls had and that is an inner glow. There was something that glowed. Now I’m sure that the spangly dress she was in, the platinum hair and the white fox wrap added to this, but the room simply, everybody stood to stare at Marilyn Monroe. And even though Elizabeth [Taylor] was at the height of her beauty, it was so dimmed by Marilyn Monroe that I will never forget that as long as I live and it was my only time to ever spend any time at all in her presence.”

You can listen to this compelling CYInterview with Ruta Lee, in its entirety, below:


Listen to the entire Ruta Lee CYInterview on YouTube: