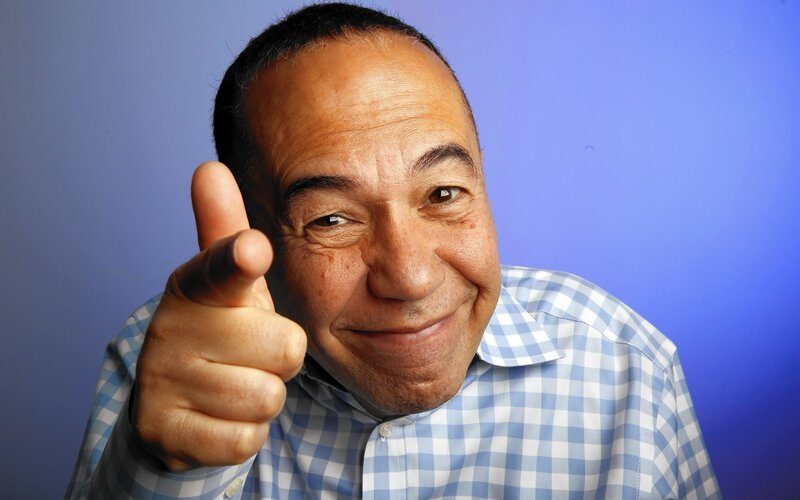 The comedian’s comedian is coming to Las Vegas. And he is bringing some of his friends with him. On October 15th and 16th, Gilbert Gottfried and a bunch of hilarious humans will make their way to the Plaza Hotel and Casino in Downtown Las Vegas for his Dirty Comedy Festival.

Mr. Gottfried has been performing comedy for more than 50 years. Additionally, he has appeared in many movies and television shows, from Saturday Night Live to Married with Children to being the voice for Disney’s Iago the Parrot in Aladdin. He is a comedian who has stood the test of time.

Speaking about his Dirty Comedy Festival coming to Las Vegas, he said this:

“It’s a comedy festival and it will be dirty. That’s basically it. It doesn’t, you don’t need to bring Stephan Hawking in to explain it.”

Over his career, Gilbert has performed multiple times in Las Vegas. Interestingly, however, he claims he has no great stories of his time in the Entertainment Capital of the World:

“I have no memories when I, I mean no exciting to talk about memories in Las Vegas. And I always feel like whenever, that’s when those voices when I’m there, I always go, ok, I’m in show business, I’m in Las Vegas, I should be having a wild time, why aren’t I? What spot am I supposed to be at? Who I am supposed to call that’s gonna make it a wild time out here?”

Comedy is a good gauge of where society is. Speaking about cancel culture in America, Gilbert said this:

“The funny thing is like, years ago, there was the book 1984 where Big Brother’s watching us. And then in the 60s, around that time, oh, the government’s watching us. But now it’s everybody is watching everybody. It’s like, it’s not some secret organization. It’s now like everybody’s got an opinion, everyone wants to feel outraged and feel like they’ve done something. It’s a very scary time.”

During our CYInterview, the comedian’s comedian cited a famous quote about comedy, from George Carlin

“George Carlin said, ‘It’s the duty of a comedian to find out where the line is drawn and deliberately cross over it.’”

On what brought Gilbert to being a transgressive comedian, he said this:

“Oh, God knows. I was certainly not popular with the girls. I know that. And I wasn’t, yeah. I just, I was a lousy student, I couldn’t play sports. Yeah, it was just, you know, when you feel like just totally, who the hell am I?”

What does Mr. Gottfried still enjoy about performing today?

“Getting the check at the end of the night.”

Featured columnist Jay Bildstein joins us for this CYInterview discussing with Gilbert Gottfried a variety of topics on cancel culture, the state of comedy in America and much more.

Listen to the entire Gilbert Gottfried CYInterview on YouTube:

You can find Gilbert Gottfried on cameo at www.cameo.com/GilbertGottfried