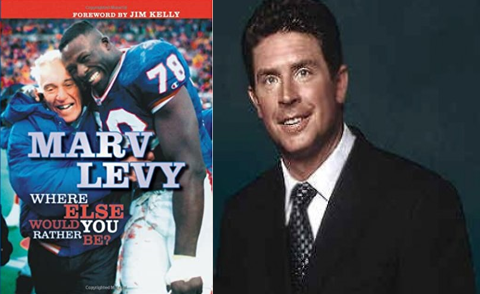 Yesterday, the winningest coach in NFL history Don Shula, passed away at 90 years old. Coach Shula won 347 games in his professional football coaching career. As a head coach, Shula coached led the only undefeated team in NFL history. His 1972 Miami Dolphins went 17-0 and finished with a 14 to 7 win over the Washington Redskins in Super Bowl VII. The Dolphins would win one more Super Bowl the following year, against the Minnesota Vikings in Super Bowl VIII. Shula coached the Miami Dolphins from 1970 to 1995.

Prior to the Miami Dolphins, Don Shula was the head coach of the Baltimore Colts from 1963 to 1969.In Super Bowll III, his Colts would end up losing to quarterback Joe Namath and his New York Jets team. Before that game, Namath famously declared the Jets would win the Super Bowl, though they were underdogs.

Shula played in the NFL for several teams between 1951 to 1957, including the Cleveland Browns, Baltimore Colts and Washington Redskins.

Former players, coaches, members of the media and others have said Don Shula was a coach who believed in hard work to get the things in life that count.

Former Buffalo Bills Head coach and fellow NFL Hall of Famer Marv Levy said this to us about Don Shula back in 2004:

“I’ve been coaching for quite a while. It was an honor to stand on the sidelines opposite men like Don Shula and Chuck Noll and I could go on and on, Bud Grant, it was an honor. Over the years since we played them twice a year and some time again in the playoffs, I got to know Don very well. I have great respect for him. He was the same person after the game whether his team won or your team won and I admired that in him. We remain friends today. I have the highest regard for a man who I don’t think his won loss record will ever be equaled. He has won 347 games in his career and people don’t realize that would be like having 20 consecutive 17-0 seasons.”

Marv Levey spoke to us back in 2004 when he was promoting his memoir, Where Else Would You Rather Be?

You can listen to that segment below:

Dan Marino was one of the most accomplished quarterbacks in NFL history. He spent his entire career playing for the Miami Dolphins. He was coached by Don Shula for 13 seasons. When it was announced he would be inducted into the 2005 Pro Football Hall of Fame, he said this to us about Coach Shula:

“He’ll be there. He’s in the Hall of Fame. I’m real excited, you know, about Coach Shula being there. He said he would be there and be a part of the whole weekend. He was such a big part of my career and so many things that have happened to me and experiences. When you have played 13 years for a coach and you spend, it’s not just Sundays at one o’clock four hours playing the game. You are at meetings together and you’re, you know, spending time off the field and on the field and in different situation. So, he’s been a big part of my life and big part of my career. He’s been a close friend and I am gonna be happy that he’s there.”

You can listen to the chat we had with Dan Marino back in 2005 below: