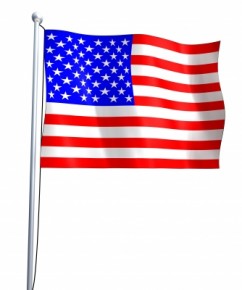 I’ve heard it said, more than a few times in my life, that it’s best to stay away from topics like religion and politics when it comes to polite conversation. I understand that speaking about those topics often leads to heated discussions. At times, unfortunately, those heated discussions leave people with hard feelings.

Maybe, what I am about to write will leave some folks with hard feelings. If it does, I sincerely apologize in advance. That is not my intention. Perhaps, some people will agree with what I have to offer. I won’t say I’ll mind. We all like the validation of people agreeing with us.

Yet, there is something far more important to concern ourselves with. My personal validation has to be at the very end of this list.

Americans, as well as people in nations around the world affected by U.S. policies, are keenly interested in the campaign process leading up to the 2012 presidential elections in the United States. In many respects, America and the world find itself in a set of circumstances as serious as in the period running up to World War II.

America and the world currently face the all too familiar, dark clouds of a financial tsunami. This time with the potential to make what happened in September 2008 look mild by comparison. I am not an alarmist. I do not say these things lightly. And although the challenges ahead are daunting, I am optimistic about the future. But only if we are willing to change and change now. Right now!

What change do I speak of? I have heard it said that in a free and open society people get the government they deserve. Saying this, I can imagine myself getting pelted with rotten vegetables on stage by members of the audience. The reason being that many folks, myself included, feel we have been desperately let down by our politicians. These politicians are supposed to be our leaders, we say. And we see leadership notably absent.

Yet, we often fail to look at ourselves as the root cause of the problem. I have thought of this before, but I thought of it even more tonight, watching the first Republican Presidential Primary Debates in the U.S. state of New Hampshire. These debates are the first in a relatively long process in which the Republican Party will select a challenger to run against President Barack Obama, the incumbent and presumptive Democratic candidate who will run for reelection.

I firmly believe most people are good. But I also believe people need help to mine their inner goodness from their souls. And while the vast majority of us are good, I am sure we all can be and do better. But to be better we often need the right incentives.

If the American people present themselves to the political class as detached, disinterested or too busy to really pay attention, than American politicians have less incentive to level with us and give us the facts straight rather than attempt to feed us fairy tales, slogas and empty campaign promises.

Whether we are Democrats or a Republicans, subscribe to the philosophy of the left or right, consider ourselves conservative or liberal, I would hope we have the power to seek the truth of where the nation actually is, find a realistic compromise on how to overcome its challenges and pull together for the good of all.

It should be apparent, based on the U.S.’s current federal deficit, debt and unfunded liabilities, similar challenges facing many states and municipalities, not to mention the level of personal debt in America and, last but not least, the issue of debt in many nations around the world, that certain significant adjustments will have to be made to turn a potentially calamitous situation into an arduous climb to the summit of better times.

Students of history grapple with the question of whether great people make history or history makes great people. I would say a bit of both. In that formulation, however, I would say that the great figures of history had numerous people behind them helping them to rise to greatness.

Is innovation, prosperity and economic growth still available to America? You bet it is. However, growth alone will not save the nation from the challenges it faces. America’s to due list must be realistically prioritized. We must look at facts rather than wishes. And we must act accordingly.

When we allow politicians and candidates to evade questions, recast questions so they can offer their preset talking points, talk around issues, etc. we do ourselves a disservice.

Whatever our political ideology, I believe we owe it to ourselves to pay attention to the people who are running for election, listen actively and attentively to what they are saying, think about if what they are saying is what we want to hear but not feasible and demand that they do better in dialoging with us.

The first step in surmounting the challenges facing America and the world will begin with direct talk and honestly presented, competing ideas. There is no time left for empty rhetoric.