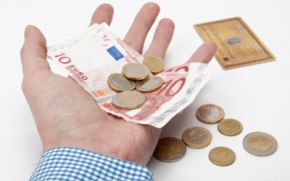 When I hear the names Persia or Greece, I think of ancient civilizations and the modern movies depicting them. Often these movies focus on Alexander the Great, the king of the Greek city-state of Macedonia who conquered the Persian Empire, among other things.

In many educational traditions, studying ancient cultures is considered an important part of developing a foundation from which to understand the workings of contemporary society.

Today, Persia is known as Iran while Greece is still known as Greece. Both Iran and Greece enjoy illustrious histories dating to antiquity. And now, these modern nations with ancient histories – tied in the public imagination to Alexander the Great – are at the forefront of the world’s challenges.

These challenges highlight the intersection of geopolitics and economics. Greece is struggling mightily with indebtedness which threatens the financial future of Europe as a whole. European leaders continue seeking a way to resolve Greece’s situation, only to find they are putting small bandages on an axe wound.

Iran, on the other hand, has pursued the development of nuclear technology which it says is for peaceful purposes but that a substantial number of nations doubt. They believe Iran is striving to create nuclear weapons. This has caused those nations to impose sanctions on Iran.

I am no prognosticator, yet in the case of Greece, I believe there is no easy way out of its economic struggles. The people of that nation do not want to live in a state of perpetual austerity. Yet, they have become accustomed to living on more than what they make. Something’s got to give.

Sooner than later, Greece may be forced out of the Euro and or it may, along with other European nations with unsustainable debt, set off a domino-like crisis of national defaults. The best Europe can work for at this time is a controlled crash for Greece and, eventually, for the other overextended nations sharing the same debt dynamics.

Meantime, if sanctions against Iran do not work and it continues to pursue its nuclear ambitions, it is well possible that military action may be taken against it. That a military conflagration may take place seems likely to drive the price of oil higher. Actual military action may cause a short term panic in the world’s energy markets.

So, we now live under the shadow of the Alexander Effect. Events in Greece and Iran – nations connected in history by the exploits of one of the great figures of history –appear likely to have a significant impact upon the world’s economic future, at least in the short to midterm. In Alexander’s time, Greece and Persia held great sway over the world’s trajectory. Today, we find ourselves again tied to what happens in those ancient lands.