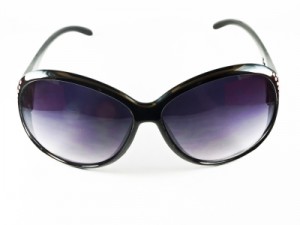 With summer on my mind, I went shopping for sunglasses. A couple of months ago I bought a relatively inexpensive pair; I think they cost around $20.00. Personally, I don’t think that’s cheap. Yet, in comparison to shades I had seen in other stores, I felt they were a bargain. That, of course, was until I came across a pair for $5.00, after I had already spent four times more.

I can’t see spending a lot of money on sunglasses. The reason I am in search of a new pair is that I have already damaged the ones I recently bought. I sat on them in the car and bent one of the arms.

Sunglasses are the sort of thing I either lose or damage fairly quickly. That is unless they are super cheap, think $1.00. I have three pairs of super cheap shades, all in weird designs. Those are in pristine condition. However, they either make me look like a bee or like I escaped from a Matrix movie. To say they are out of style is an understatement. If they were expensive, I am sure I would have lost or destroyed them by now.

Looking for sunglasses, in one particular store, I came across pairs ranging in price from $100.00 to around $500.00. Half a grand for sunglasses? That’s a lot to spend.

Maybe, lots of folks are far more careful with their things than I am. Yet, I can’t help but think that certain items like sunglasses, pens, etc. are just waiting to be lost or broken. When we spend lots of money on them, is it a wise investment?

Perhaps, for those of us who feel we must represent the epitome of fashion, we should have a strategy. In the case of sunglasses, we could have a cheap pair we use all the time. If we lose or damage them, we won’t feel too badly. Additionally, we will not have lost a significant portion of our hard earned money.

We could save our expensive sunglasses, pen, whatever, for special occasions. At those times we could be extra careful, making sure we don’t misplace or break them. Or we might decide to do without being quite so fashionable and save some money. After all, is it so bad to look like a bee?