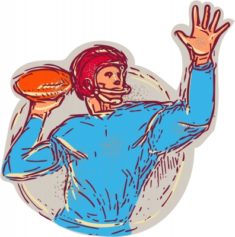 With a new college football season approaching on the horizon, it brings a chance for schools with losing seasons to have newfound success. In our latest college football preview segment, we analyze 10 teams who all had records below 500 in 2016.

Our Editor in Chief and sports commentator Chris Yandek tells us what these 2016 underdogs can expect in the upcoming season.