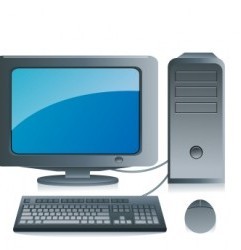 I like to believe anything is possible. In essence, the world is our creative playground. Through the use of our creative minds, we can accomplish virtually anything we set out to. However, the process of accomplishment is often long and arduous. It can span more than the life of a given individual and often takes teamwork to arrive at a goal.

This is fairly clear when we look at technological evolution. Today, we take for granted the magic of the desktop computer, laptop, tab and smart phone. If we were to go back to 1960, we would find computers that were primitive, by comparison to what we have today. Over the last half century, our technological advances have been breathtaking. Yet these advances have taken time. The creative mind, given enough time, can make the seemingly impossible, possible.

The interesting thing about time is that as technology evolves, it takes less and less time to continue to evolve. Moore’s law, for example, addresses this concept as applied to the evolution of computing power.

Most of us are able to assess the increased pace of technological evolution simply by paying a bit of attention to the consumer market for popular products like smart phones. The common observation here is that once we have bought something, it seems like there is already some other device waiting in the wings to render it not necessarily obsolete but certainly no longer cutting edge.

In my next column, we will get into how everyday technology is being used and what the effect is on our personal and business lives. For example, have smart phones and social websites helped or hindered productivity? Could we do better in how we employ technology in the workplace? Have interpersonal relationships grown or been hindered by technology (Hint: Perhaps both.) Think about those things. We will discuss them soon.