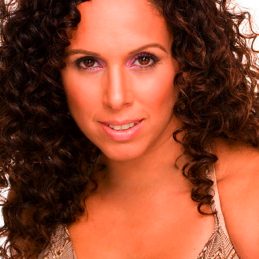 Sensational singer Alexandra Taveras – she sang with The New York Band, tours with Marc Anthony and Jennifer Lopez, toured with Thalia, had a number one duet with Tito Nieves and worked with late music legends Tito Puente and Celia Cruz – has debuted her songs, Land of the Free/Tierra de la Libertad, on the website, www.ArizonaApartheid.com.

Taveras, a passionate person and top talent, decided to lend her voice to the growing chorus of individuals speaking out against Arizona’s new law, set to go into effect. Her music is her message; two songs, two captivating calls to action – one in English and one in Spanish – opposing what is taking place in Arizona.

Fellow artists have shown support. Superb singer/songwriter Shontelle Layne – on the pop charts with her song Impossible – and remarkable recording artist Mya – just on the front page of Variety.com and last year’s runner-up on Dancing with the Stars – have both reached out by way of Twitter.

Last week, we brought you the team behind Land of the Free/Tierra de la Libertad. Now, in this exclusive interview, CYInterview.com welcomes back Ms. Taveras – the star singer of the songs.

To hear the songs go to http://www.ArizonaApartheid.com.

Listen to the Alexandra Taveras CYInterview:

Chris Yandek: Why did you get involved with The Land of the Free project and why did you want to be the vocalist?

Alexandra Taveras: “Well, I got involved. I was asked to be involved and I was so happy to do it because I feel like it’s a very important cause to stand against this new law in Arizona, number one, and number two, I feel like I’m actually contributing and doing whatever I can. I feel that it’s the very least that I can do to lend my voice to this cause.”

CY: What many people might not know about you is your family has very strong ties to baseball. Your uncle Manny Mota has been a coach with the Los Angeles Dodgers for over 30 years and played in the bigs for over 20, retiring with a lifetime batting average of .304 and was one of the first Latinos to play Major League Baseball. Tell me about your uncle and your baseball ties and what that was like growing up and being around that.

AT: “Well, it was fabulous. It seemed like growing up around a baseball family it seemed perfectly normal. It seemed like to me as a kid it was like the norm. I thought that everybody had an uncle or dad or somebody that played baseball. What I did learn, and by the way I love my uncle. He’s one of the humble people and he’s just a wonderful human being. I remember as I got older and I heard stories, he was actually in, he started playing in the time when there was actually segregation and it’s funny that we’ve come such a long way from that and that now it seems like we’re not only going back to that, but taking ten steps back. It’s crazy that this is happening now.

It’s almost inconceivable. I think that the mentality perhaps is a little bit different between the West and East Coast. Here in New York, if that was to happen, I honestly think that it would start World War 3. It’s just insane. So I’m very happy to be doing a little bit to try and take a stand against this. Going back to my uncle, he’s a wonderful human being and actually I don’t know what, I’m sure he would feel the same way that I do. I haven’t spoken to him on this subject, but I’m sure that he would feel the same.”

CY: What does your uncle feel about you being a singer? What does he think about what you do?

CY: The Land of the Free project has gotten support from artists like Mya and Shontelle. What does that mean to you?

AT: “I’m deeply humbled and honored to have my fellow artists back me up [support me] and to stand for the same thing that I’m standing for, but you know coming from them, such big artists in the industry, it means a whole lot. It really … I’m honored to have them stand by me.”