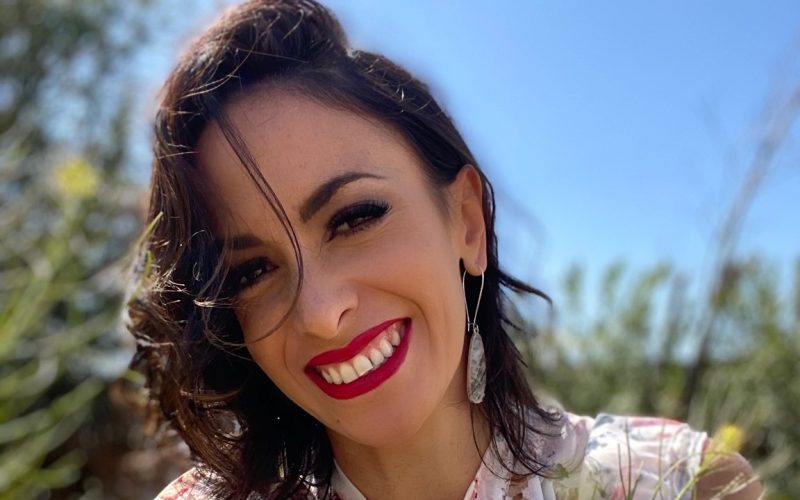 As the Dance Captain of the female revue Fantasy, Cuban born Yesi Burgess brings her extensive training and Afro-Caribbean dance roots to the popular show. Fantasy, at the Luxor Hotel and Casino on the Las Vegas strip, is one of the most potent exhibitions of choreography and female pulchritude in the Entertainment Capital of the World.

At 22 years of age, Yesi left Cuba behind for the United States of America; Hollywood to be exact. From an early age, dance took center stage in her life. What she learned in Havana certainly paid off in a big way. As mentioned, Yesi is currently Fantasy’s dance captain.

With a production generally running seven nights a week on the Las Vegas Strip, it is up to Yesi to train new dancers joining the long running female revue and insure they are in step with the rest of the show’s highly trained cast. Talking about her life as an entertainer in Las Vegas, Yesi Burgess told us this:

“I love being Fantasy’s dance captain. My main job is to train new hires. I train new dancers and singers. And also, I teach whenever we have auditions. … Every night’s a new cast. Basically, so, yeah, making sure the crew, the dancers, everybody’s on the same page. … I enjoy it. I like my job. I like what I get to do. So, I wouldn’t say it’s much of a challenge, it’s just I have to be on point because it can get a little tricky.”

In her early 20s, Yesi left Cuba and came straight to Hollywood. Recalling her first days in the United States, she shared:

Once the Las Vegas resorts and entertainment spots reopen, after being shut owing to the coronavirus pandemic, Yesi is looking forward to getting back to work at Fantasy. Ms. Burgess believes she and her castmates will be different people when they return to the stage at the Luxor Hotel and Casino:

“I think a lot of us probably have a different point of view of life in general.”

You can find more information about Fantasy at the Luxor Hotel and Casino by clicking here.