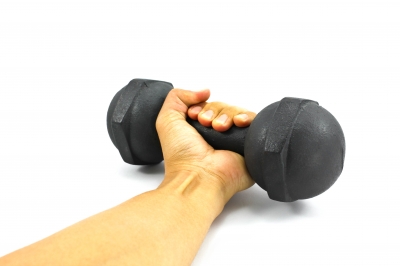 Years ago, in high school, I went to a local community center to lift weights. The center had a gym, basketball courts, a swimming pool, a track, etc. Additionally, a variety of courses were given there. For those who were interested, there were karate classes.

The karate instructor was not tall or big, but he was very muscular. After teaching class, he would come into the weight room and begin lifting. I remember the first time I saw him perform the bench press. He rapidly worked up to 405 lbs. for one repetition in that movement. I had never personally seen such a feat of strength in all my life.

For me, seeing was believing. Years later, I was able to reach the same level of achievement, in the weight room, as the karate teacher had. I was able to do this not because of any unusual talent. I was able to accomplish what I did because I persisted at a goal for a long enough time to achieve it. My sustained drive to achieve what I did was fueled, in large part, by what I had seen firsthand.

When we put ourselves in an environment where other people are achieving lofty things – physically, intellectually, commercially, what have you – it helps us to succeed. This is part of the essential nature of human beings. Often, we live what we are exposed to. Seeing is believing and, often, competing means achieving.

If I like to run, am I likely to achieve my best times when I run alone or when I run in competition, against other individuals who inspire me to do my best?

One of the keys to succeeding, in any endeavor, is to put ourselves in the midst of individuals who perform at a high level. In the world of sales, for example, if I am exposed day in and day out to people who are achieving great things, I am more likely to do the same.

The process of self-improvement can be facilitated by surrounding ourselves with people who are successful. They will, in turn, serve as constant reminders of what is possible.