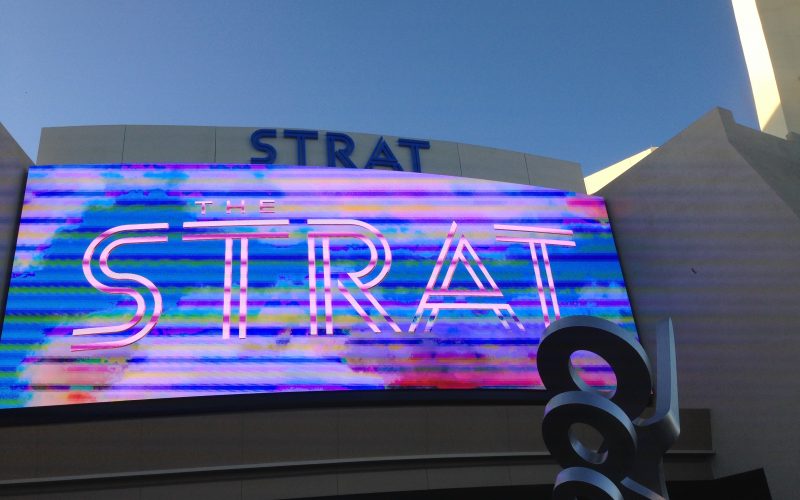 While still named the Stratosphere, we CYInterviewed 2011 Playboy Playmate of the Year Claire Sinclair, at her show called Pin Up, back in 2015 [see here]. In 2016, we did a report on the view from the top of the tower [see here].