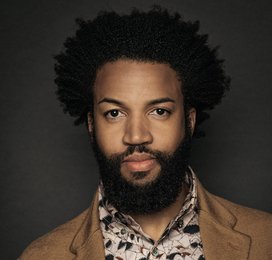 One night you are part of the world’s largest ranch. The next night you are an accomplished fashion designer in the city of Los Angeles. This is the story of actor Denim Richards and the two roles he is currently playing on different TV networks.

Tuesday evenings during the summer, you can catch him in the TV series Good Trouble, on the cable channel Freeform. That show focuses on a group of young women starting their lives in Los Angeles. On Wednesday evenings, you can see him in the series Yellowstone, starring Kevin Costner. Yellowstone is about the Dutton family who owns the biggest ranch in the United States. This show is on the Paramount Network.

Though both of these roles seem like they are on opposite ends of the acting spectrum, this is right up Denim’s alley. He is also a trained opera singer, who speaks German. He is now learning French as well.

Though he is currently enjoying strong success in the acting world, the most important thing to Denim is inspiring the youth of America, telling us:

“I think that for myself, just on the way my journey has gone on, none of this to me is meaningful unless it’s giving back to the kids that are our tomorrow. And the ones that consume most of what we do, you know, like they’re the ones that are the most heavily on social media, they’re the ones that kind of have the high fan engagement. And so for me, I kind of wanted just to be able to be this beacon of being able to just go in and inspire them, but inspire them in a way, not through kind of semantics but a way that’s reality based where it’s like, look, life is hard and you’re not always gonna have people around you that support you or that are gonna see what you see in yourself. But you have to be able to bet on yourself and the first investment that you should be making is in yourself. But you have to sit with self for a while to figure out what that is.”