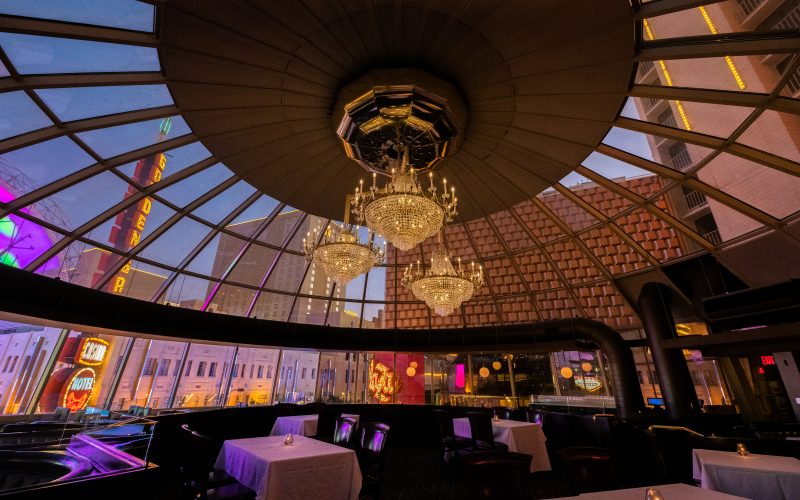 In the city of Las Vegas, there is a steakhouse named after former Mayor Oscar Goodman. Before serving as Mayor of Las Vegas, from 1999 to 2011, he was a famous defense attorney who represented figures including Frank “Lefty” Rosenthal and Tony “The Ant” Spilotro. Those clients were from an era of Las Vegas when organized crime had involvement in some of Las Vegas’s resorts.

Rosenthal and Spilotro provided the inspiration for the characters of Sam “Ace” Rothstein and Nicky Santoro, played by Robert De Niro and Joe Pesci, in the 1995 Martin Scorsese film, Casino. Mr. Scorsese’s brilliant movie was based on the equally excellent Nicholas Pileggi book Casino: Love and Honor in Las Vegas. Former Mayor Goodman came to prominence during the period the book was set in, the 1970s and 1980s. He also had a cameo in the movie.

As and aside, we spoke with former mobster, author and government witness Frank Cullotta, a year before he died. He was a technical advisor to Director Scorsese on Casino. Frank was a member of organized crime during the Spilotro era in Las Vegas. In the film, the character of Frank Marino, Nicky Santoro’s able lieutenant, was based on Frank Cullotta and played by the late actor Frank Vincent. You can see that by clicking here.

As for former Mayor Goodman’s Oscar’s Steakhouse, it is located at The Plaza Hotel and Casino. It has received positive reviews from both tourists and locals over the years. The Plaza will celebrate its 50th anniversary in July.