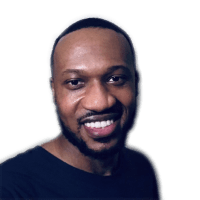 Twitter has become a major vehicle for up to the minute news on every NFL team. When it comes to the Las Vegas Raiders, journalist and radio host Maurice Moton keeps the Silver and Black Nation informed with daily updates via Twitter. You can find him on Twitter @MoeMoton by clicking here.

A writer for Bleacher Report and VegasSportsToday.com, Maurice provides analysis on the Raiders in the areas of game film, analytics and stats.

Over the last week, with the departure of Las Vegas Raiders head coach Jon Gruden following reports of offensive emails sent by Mr. Gruden, Maurice’s Twitter was one of the best places to find up to the minute information on all the changes the Raiders faced.

Maurice believes Jon Gruden got what he deserved. He also believes that the former coach is not the only individual in the NFL who has made offensive statements. He believes there needs to be more transparency:

I think that’s very important. But as far as punishment’s concerned, Jon Gruden got the consequences he deserved. When it comes to other owners and maybe coaches, I would say that they also deserve to serve the consequences too. But the NFL I don’t think is ready to do that because again, it would make the NFL as a whole look like the league of just toxic people and people in power, which is quite, again, disheartening.”

Yesterday in their first game under interim coach Rich Bisaccia, the Las Vegas Raiders moved to 4-2 with a win over the Denver Broncos. Maurice believes this team can still be a playoff contender and has a lot to play for:

“I think as the season goes on, you’re gonna see a competitive football team because they’re talented. They still have Darren Waller, Derek Carr. … I think it will be tough, but the Raiders are not, I repeat, they are not going in the tank yet.”

Featured columnist Jay Bildstein joins us for this important CYInterview.

Listen to the Maurice Morton CYInterview:

Listen to the entire Maurice Moton CYInterview on YouTube:

You can find Maurice’s work on Bleacher Report by cclicking here.