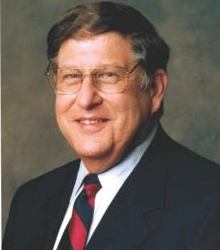 On January 20th, 1989, George Herbert Walker Bush became the 41st President of the United States. His one term in office, perhaps best remembered for his skilled leadership during Operation Desert Storm in Iraq also saw him accomplish significant achievements on the domestic front, as well as elsewhere in foreign policy. This is one of the principal points made by his White House Chief of Staff John Sununu, who served from 1989 to 1991, in his excellent book, The Quiet Man: The Indispensable Presidency of George H. W. Bush. Prior to that post, he was a three term Republican New Hampshire Governor, among other impressive accomplishments.

The former executive of the Granite State felt there was a need to highlight President Bush’s domestic accomplishments during the 41st President’s White House years. With the permission of the former President and his wife Barbara, Governor Sununu penned The Quiet Man.

In his book, Mr. Sununu reflects back on a variety of key moments during the administration when he was in the room with the President, and other key figures from the administration, while major policy decisions were hashed out.

We welcomed the former Governor and White House Chief of Staff to talk about his book on President George H. W. Bush, as well as to discuss some of the important issues facing the nation today. Featured columnist Jay Bildstein hosted this compelling conversation.

You can read the highlights and listen to our entire CYInterview below:

Elaborating on why he wrote The Quiet Man: The Indispensable Presidency of George H. W. Bush, Governor Sununu said this:

“As you look back over the years, you begin to assess how certain things have been evaluated by history and I had seen that the presidency of George Herbert Walker Bush was constantly getting upgraded if you will in the eyes of the academics and the historians. But even as that was happening, I thought they had missed a great deal of what he had accomplished, particularly on the domestic side. So I felt I should at least put my perspective between the two covers of a book and put the historical data out there as a reference point that people could work against and I had to go up and tell the President I was gonna break a promise I made to him that I wasn’t gonna write a kiss and tell book, but he was completely enthusiastic about my going ahead and doing it. And so I did it in comfort so to speak.”

President George H. W. Bush, is a man with an impressive resume including serving as a Navy Pilot who was shot down in World War II, graduating from Yale, being a business man, serving as a Congressman, Ambassador to the United Nations, Envoy to China, Director of the CIA and two term Vice President under Ronald Reagan. The former White House Chief of Staff states that the first President Bush is a man who believes in giving something back:

“He wanted to contribute to the process. He asked from example to go to China at a time when nobody thought a post in China had any value and it was I think representative of a real personality trait that was significant in the President. He liked to see things first hand. He liked to interact in areas that he thought had significance for the future. He liked to get involved in things that he thought could make a contribution to the strength of the country and improving things around the world. He really was a give back guy and after his business career, the government careers were all in that context of giving something back to the system.”

Inspired to inform readers about the domestic achievements of the 41st President of the United States, in his book The Quiet Man, the author shares some of those accomplishments with us:

“George Bush passed more domestic legislation than any President except Lyndon Johnson and Franklin Roosevelt, and it was important legislation, the Clean Air Bill, the deregulation of energy, the Civil Rights Act, the Americans for Disabilities Act, reform of the agricultural process to provide incentives for exports which stimulated the U.S. now being the largest exporter of agricultural products in the world, really strengthened our farm system. He addressed things like, with a crime bill and legislation that dealt with immigration. So across the board, this was a President that cared about domestic policy.”

Mr. Sununu, the former conservative host of CNN’s Crossfire, writes in his book about George H. W. Bush, “He wanted to help people solve problems themselves instead of doing the solving for them, and he realized that different people have different needs.” On what that means to the former Chief of Staff today, he offered this:

“People need to be given the tools to help themselves. They need to be given education and training so that they can function in the workplace. The families that want to have the mother in the workplace needed assistance in terms of child care and yet Bush wanted to make sure that the child care didn’t just build up child care institutions, but provided the money to families in terms of vouchers that they could use in the child care enterprise of their choice even if they had to be church based facilities. There use to be a prohibition against using that kind of support in community, church based facilities, and he fought to make sure that was put into the legislation. So his focus was in trying to reinforce the strength of the individual rather than the strength of institutions to provide the assistance”

At the 1988 Republican National Convention, then candidate George H. W. Bush uttered the words, “Read my lips: no new taxes.” Some believe those words contributed heavily to his not being elected to a second White House term, because there were tax increases while he was President. John Sununu states in his book that, “Peggy Noonan, who had been brought in to write the speech, liked it, as did the vice president’s communications guru, Roger Ailies – so it stayed.” Speaking of his thoughts on that phrase, the then cochairman of Bush’s 1988 presidential campaign said this:

“I really didn’t have an input into it. I was not involved in the process, but when I heard the line, I got a little bit nervous because as a former Governor, at that time as a sitting Governor, I knew that legislation always comes along with an increase in taxes and fees just to make adjustments for inflation. And so making such an absolute statement made me a little bit nervous, but I never to be honest with you, never anticipated the real impact that that had on the Bush presidency and how it impacted his effort to get a second term.”

When asked for his thoughts on today’s Federal Government, the former White House Chief of Staff shared this:

“Everyone talks about gridlock in Washington and this pointing at Congress all the time, but whatever party Congress is controlled by, it really needs the leadership of a president in order to deliver and perform. And if there’s no presidential leadership, there can be no breaking of gridlock, there can be no breaking of gridlock without presidential leadership. And frankly we have just not gotten it in my opinion in the last six and a half years. We get rhetoric, but you have to spend political capital in order to lead. George Bush was willing to do that.

We talked about the political penalty he took for accepting a multi-year budget that had some taxes in it, but that budget produced the surpluses and the economic growth and prosperity of the 90s. And so leadership is what we want our Presidents to do and leadership is not always easy. Leadership requires hard work, it requires significant preparation. It requires some smarts and understanding. It requires a good team and it requires you to spend the political capital I mentioned and I just don’t think we’re getting it today.”

Being that he headed his father’s staff at the White House, we asked Governor Sununu if he would be endorsing or advising current candidate for the Republican Presidential Nomination and former Florida Governor Jeb Bush. In his response, he also shared his thoughts on the 2016 Republican field for President:

“I have been working awfully hard not to be in a position to have to endorse anyone in this campaign. I have too many close friends in this race. But I will say I do believe the country needs either a Governor or a former Governor, someone who has dealt with making executive decisions, who has had to really work with the legislature, who has had to figure out how to lead. … I think the mess we’re in right now requires us, puts us in a position where we’d be better off if we were able to elect a Governor or a former Governor. Fortunately there’s a handful of those in the Republican process here and I think that one of them may succeed.

I have talked to Jeb Bush. He’s a dear friend. He did a fantastic job as Governor in Florida. I’ve talked to Scott Walker, you know, they all, this is New Hampshire. They all knock on the door and come in and have a cup of coffee and I try to give each one of them that asks the very best advice I can because my feeling about all of this is that the better they all do in the process, the better nominee we get, the better President we get out of that and so I am willing to give advice to anybody that asks.”

Currently businessman, NY Times Bestselling Author and TV personality Donald Trump is leading certain polls for the Republican nomination for President of the United States. Mr. Trump has made some inflammatory comments on immigration and has been making national headlines. On whether the Republican Party should ignore Donald Trump at all costs, former White House Chief of Staff Sununu said this:

“I think the country should ignore Donald Trump at all costs.”

You can find more information and purchase a copy of The Quiet Man: The Indispensable Presidency of George H.W. Bush clicking here