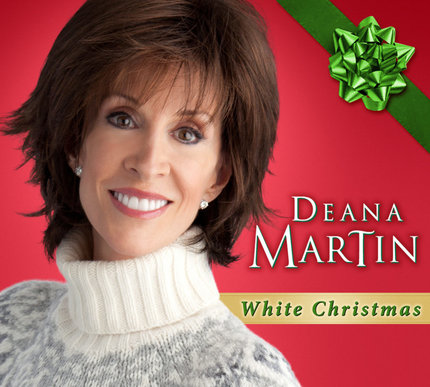 2018 was quite a year for singer, actress, author and sometime roaster Deana Martin. The daughter of the late Dean Martin is maintaining a strong trajectory with her show business career. We first met and CYInterviewed Deana [see here] back in April, after a roast for veteran actor Joe Mantegna [see here], of the hit TV show Criminal Minds, at the South Point Hotel and Casino here in Las Vegas. Mr. Mantegna played Dean Martin in the movie The Rat Pack.

It was Dean Martin who popularized the roast concept with his own popular, eponymous roasts. In our latest CYInterview with Deana Martin, which you can listen to below, she revealed that veteran music stars Frankie Valli of The Four Seasons and Bobby Rydell have both agreed to be roasted. Dates are still being planned. Ms. Martin is most certainly carrying on her father’s roast tradition.

Back in June, Deana was honored by the Friars Club in New York, when she was presented with the Trobairitz title. This achievement has also been bestowed upon the likes of Barbra Streisand, Liza Minnelli and Dionne Warwick.

Ms. Martin is also planning a new album. After recently appearing on national TV on Fox & Friends, to perform some Christmas songs including Let it Snow, her father’s version of that song made it to the Billboard Hot 100, giving the late Dean Martin his first song to chart there in nearly 50 years.

Ms. Martin shared with us a story about recording the Christmas Song White Christmas with the late Andy Williams, which she says was his last recorded track before his death. The song was recorded in Branson, Missouri, where Deana maintains a home.

In December 2019, expect Deana Martin at the Smith Center, here in Las Vegas, singing some great holiday tunes among others. It will not be the first time she has performed in that venue. She told us:

“I do know that next Christmas I will be at The Smith Center for Christmas. Christmas 2019 is already booked up.”

A CYInterview with Ms. Martin would not be complete without some Rat Pack discussion. She thinks given the state of the country with people being afraid to say things that might offend someone, that the Rat Pack could not exist the way it did back in the 1960s:

“When I think back, you know, I’m going back to the 60s or something, I remember, you know, Dean, Frank and Sammy and the Rat Pack and they were out there having fun. Yes they would go to parties, they would entertain, they were engaged and people I think had a lot more fun back then before all this social media. And now with the PC police, everybody’s getting so afraid to say anything. You know, I don’t think that The Rat Pack could have been on stage, you know, saying all the things that they did.”

Featured columnist Jay Bildstein joined us for this segment, which you can listen to in its entirety below: