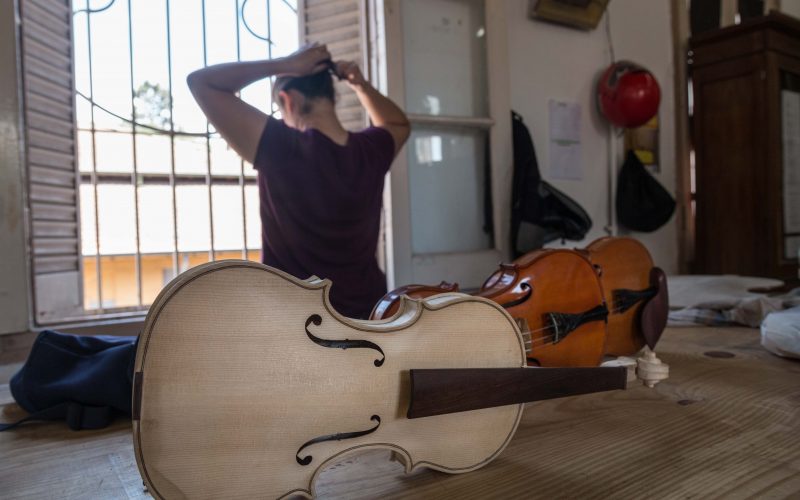 For people who are not musicians, the word “luthier” in English or “laudero” and “luthier” in Spanish, may not be a part of familiar vocabulary. However, in the world of music, it’s where it all begins when it comes to string instruments. Lutherie is the art of designing and building string instruments. This art or craft has been handed down in families and there are few schools around the world that have programs to learn the trade. This September, The School of Lutherie at the National University of Tucuman (UNT) is celebrating 70 years of existence.

During June, that is actually wintertime in the Southern hemisphere, I had the good fortune of visiting the Lutherie School at UNT. When we walked by one of the offices, I heard the sound of a guitar. It was the director of the school, Master Luthier Facundo Antonio Leiva, playing a guitar brought to him by an alumnus, Patricio Talassino. I’m by no means a guitar expert, but this guitar had a sound unlike that of a guitar made in a factory and it was a beautiful piece to look at, displaying a variety of types of wood in a unique design. Each instrument made by the hands of a luthier is a unique piece of artwork and engineering. 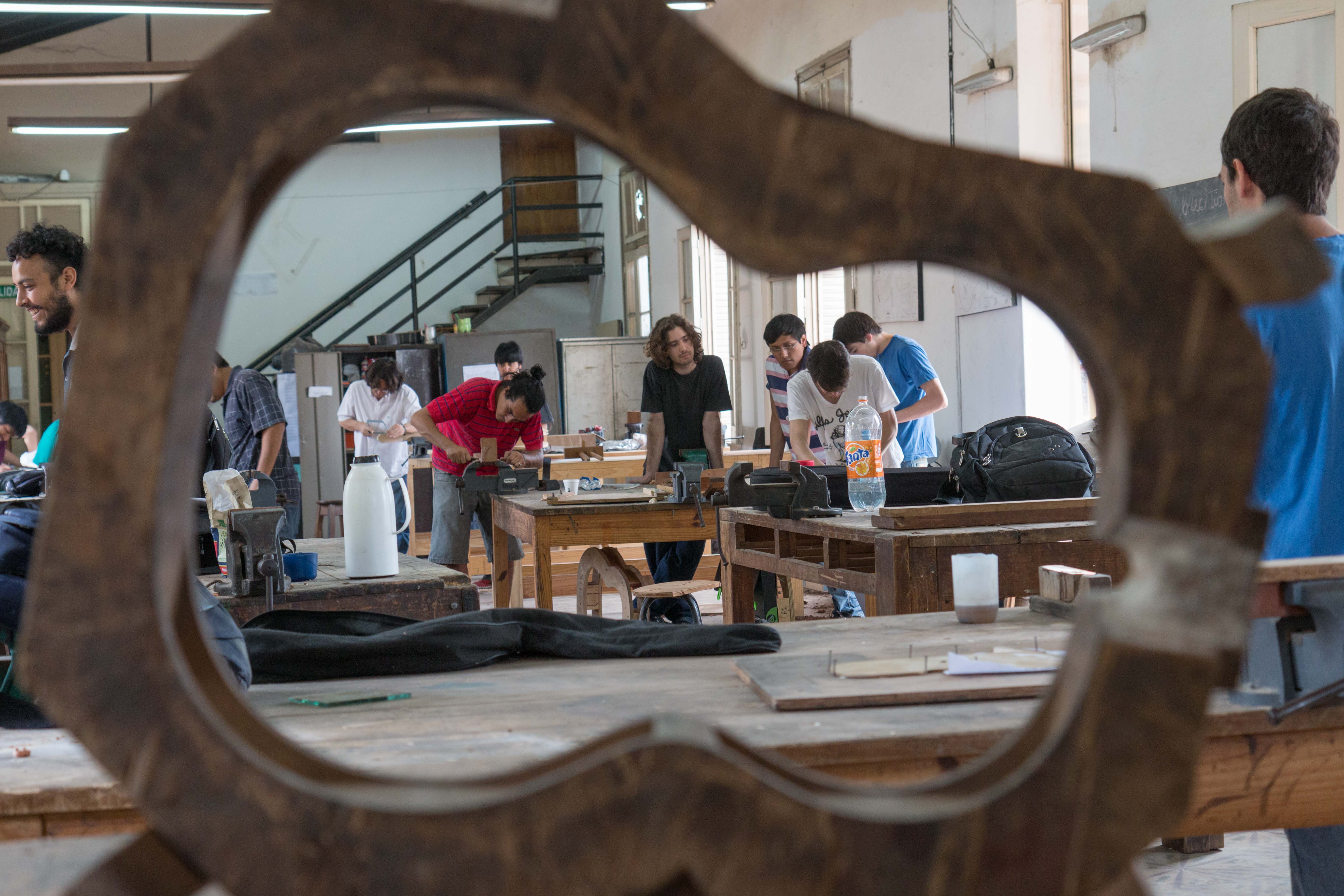 Antonio Leiva put down the guitar as we came inside the office and after greeting us, shared the story of how he began building instruments. “I was about 14 years old,” he says. And he recalls an old table being discarded from his home and thrown out in the back patio. That is what he used to make his first guitar, along with his creativity and desire to make an instrument. For the students at the Lutherie School, there is a lot more guidance and structure added to that creative force. Classes range from Botany to Technical Drawing to Sound Physics. This academic program is one of few in existence around the world.

It all started in 1949, when Master Luthier Alfredo del Lungo went from Italy to the province of Tucuman in Argentina. He took the position of Luthier for the Symphony Orchestra of Tucuman, and in 1950 founded the school. In Italy, Lungo had been awarded the title of “Cavalieri” in recognition of the work he had done to preserve the instruments of the Medici dynasty and for the reconstruction of the “Viola Medicea” built by Stradivarius in the year 1690.

Today, the School of Lutherie puts Tucuman on the map for world luthiers and musicians. It has alumni all over South America creating instruments that are played all around the globe.